I have this plan to make Oggi Gourmet a mecca for folks who enjoy Twitter. When Steve is making pizza, he can seldom take a phone call, but perhaps his friends and fans can reach him with aTwitter message. Ah, but how to see that in the kitchen and restaurant environment? Enter "Oggi Kiosk", a very simple program built using Adobe's AIR development environment.

Here is a mock-up of the main screen: 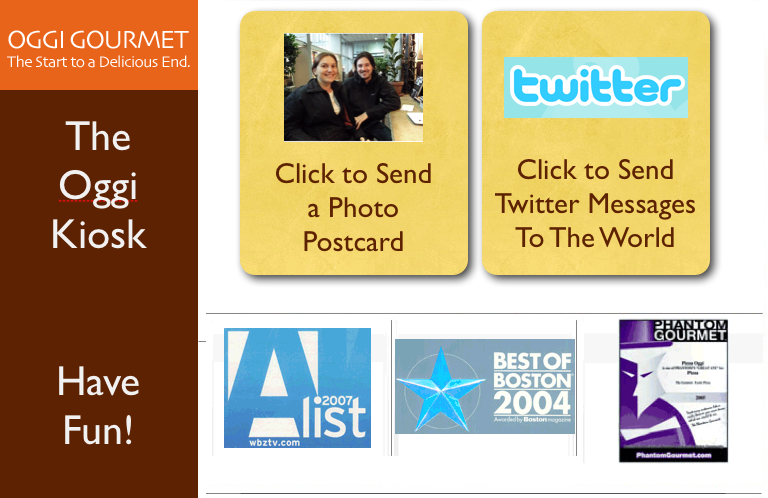 Here's a mock up of the email sending application. Just a short message with a photo. The Eee PC has a built in camera, and a built-in microphone. We could eventually even send little video clips. 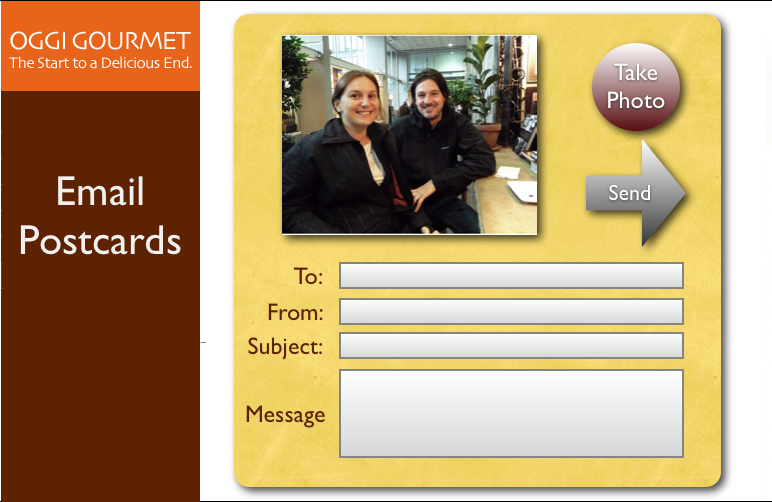 Oggi Kiosk will run on a $500 laptop called the ASUS Eee PC. I bought one for testing, and its pretty good. It uses a new Intel "Atom" processor that is supposed to run on extremely low power. But this machine is no powerhouse. For example, when running on batteries, it clocks back the processor so far that if you're doing audio using Skype, the sound just falls apart. Plug back in, and you back to hearing your caller. It even has trouble running Gmail's javascript client. Ouch. But what do you want for $500. For what we want to do here, it should be fine. Here's Amazon's listing for the computer. Pretty amazing that it has 160GB of disk. Not that we need it for this application. 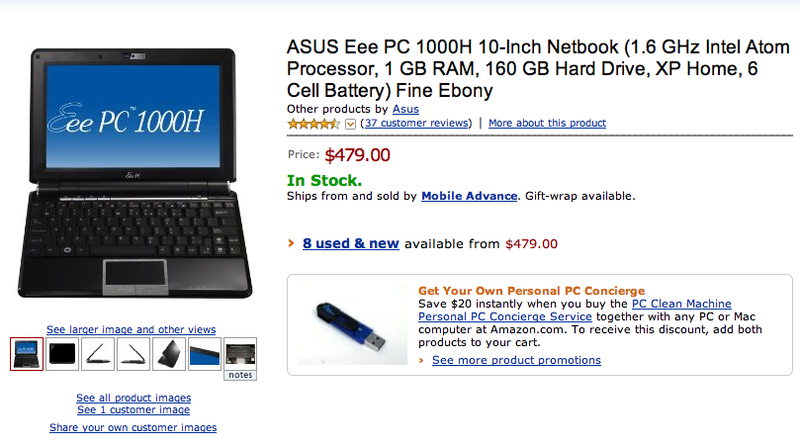 To get started, Josh created a little client with huge fonts and big pictures to run on the little screen. We're thinking of ways to animate the incoming messages so they show up well from a distance, but for now we'll just try it out with big fonts. Big as these are, I think we probably need to be TWICE as big to see the message from anywhere in the pizza kitchen. I think we'll use the same screen for Steve to see and make tweets as for the customers. 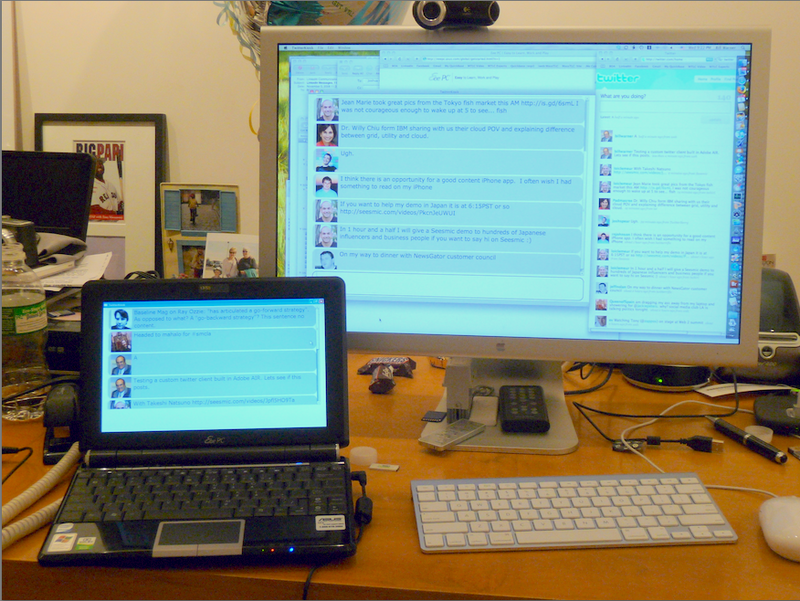 Next step is to make the fonts even bigger, and try out the Twitter part in the pizza kitchen with Steve. The computer will probably get the same plastic-wrap flour-dust-protection that goes on the cash registers. 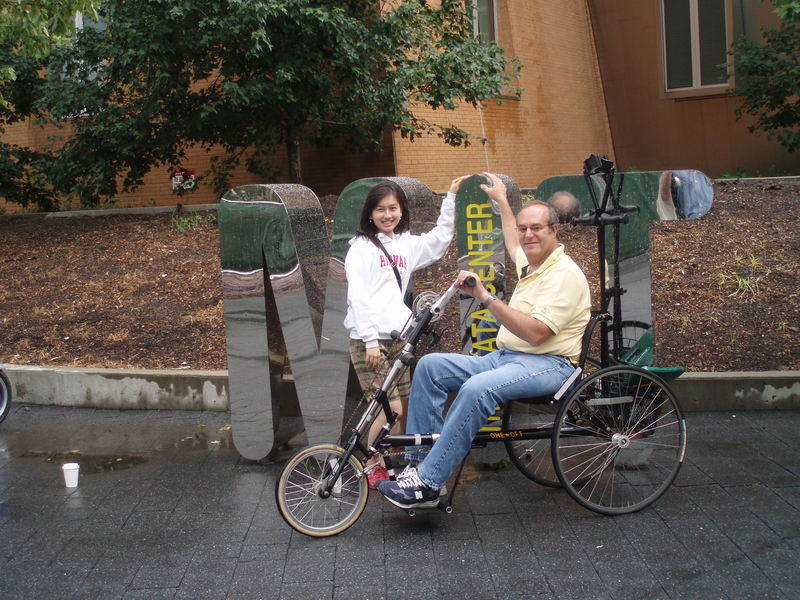 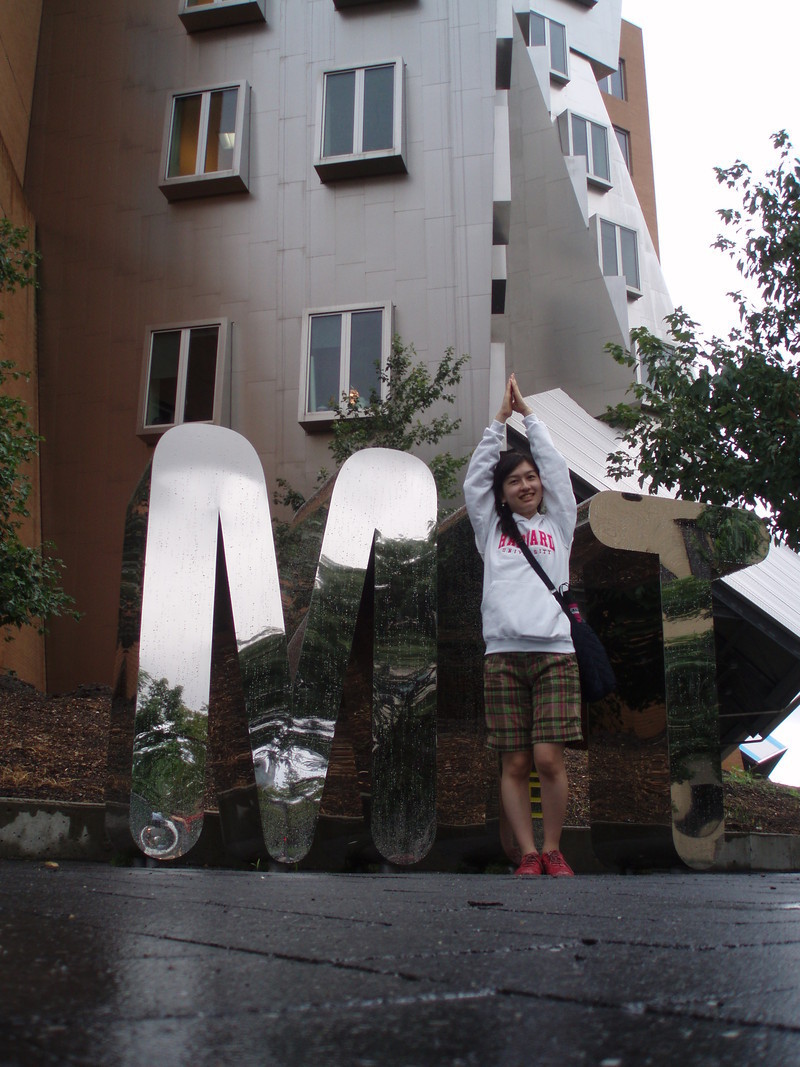 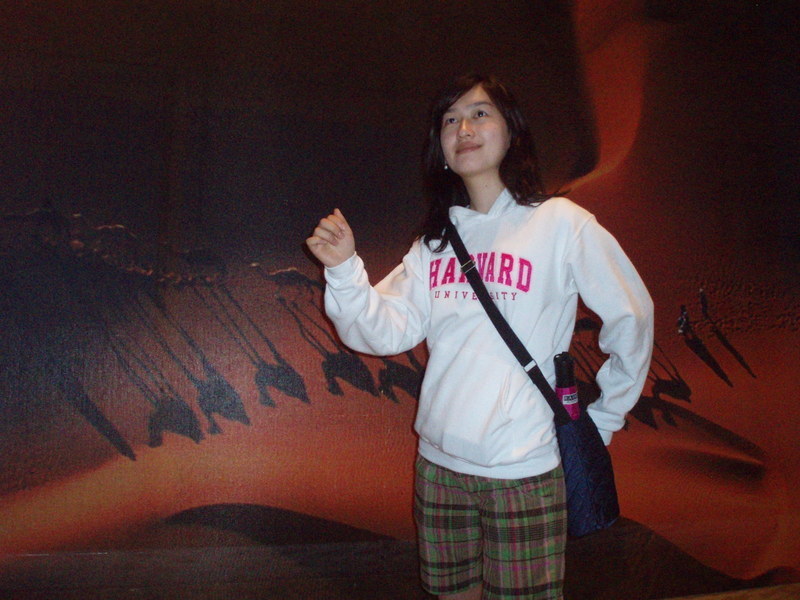 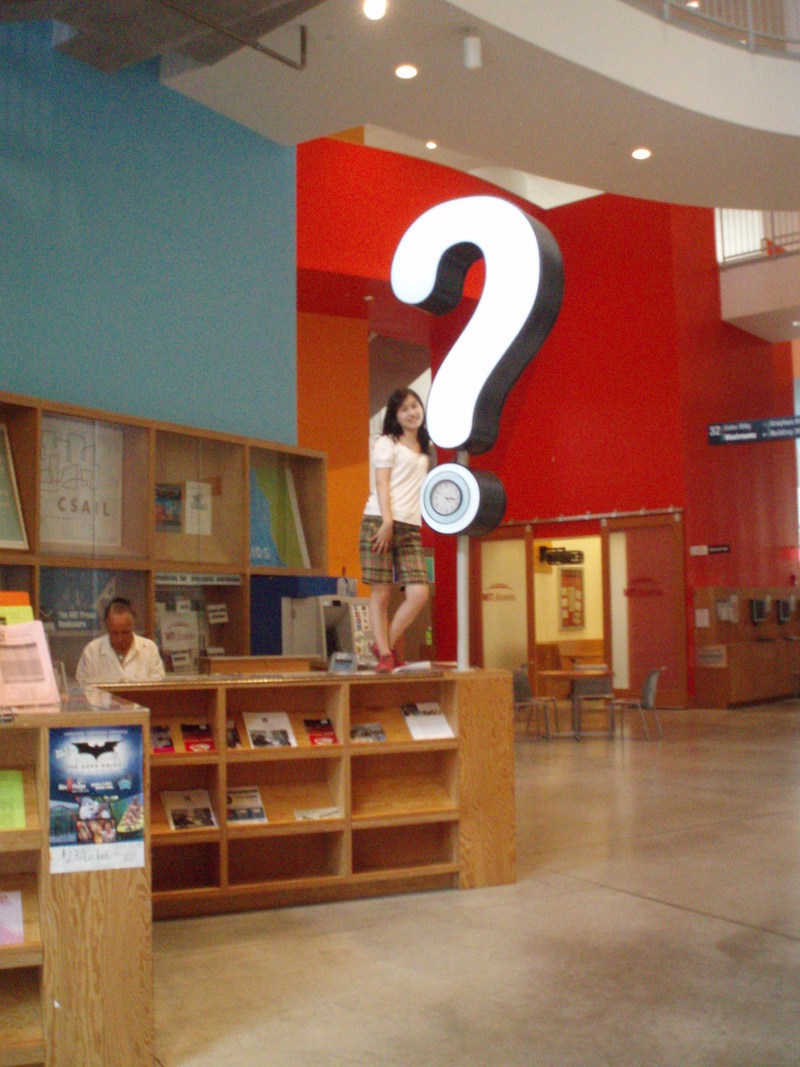 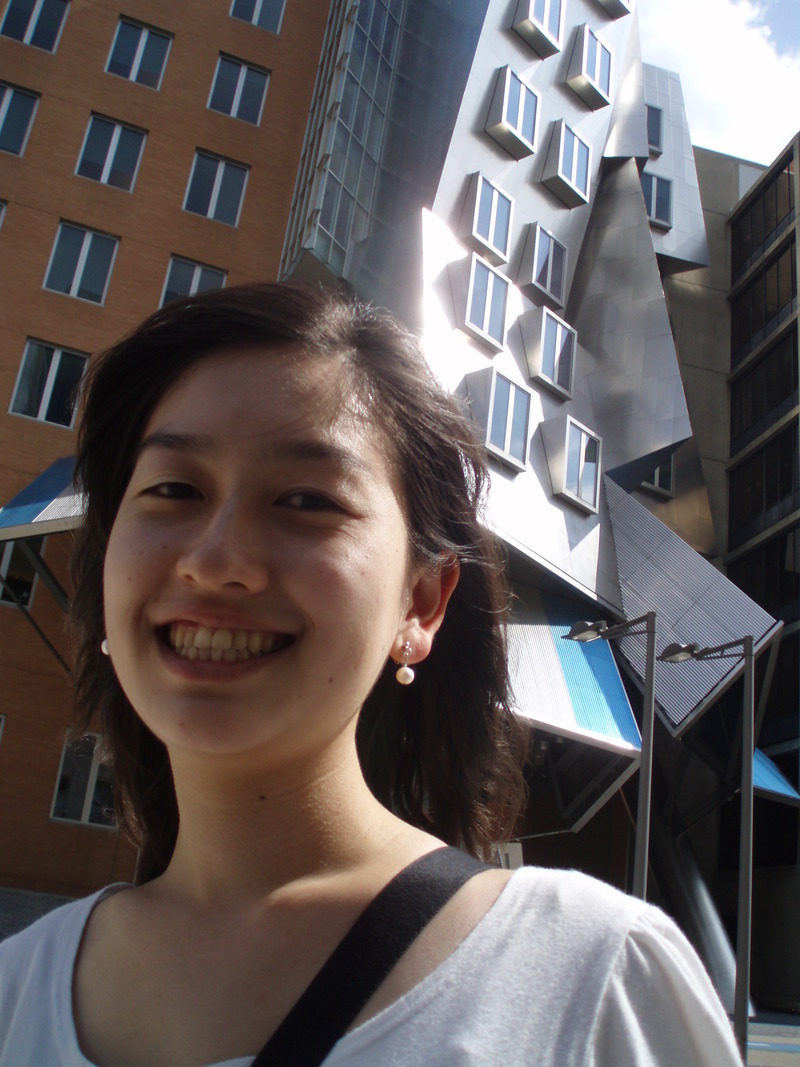 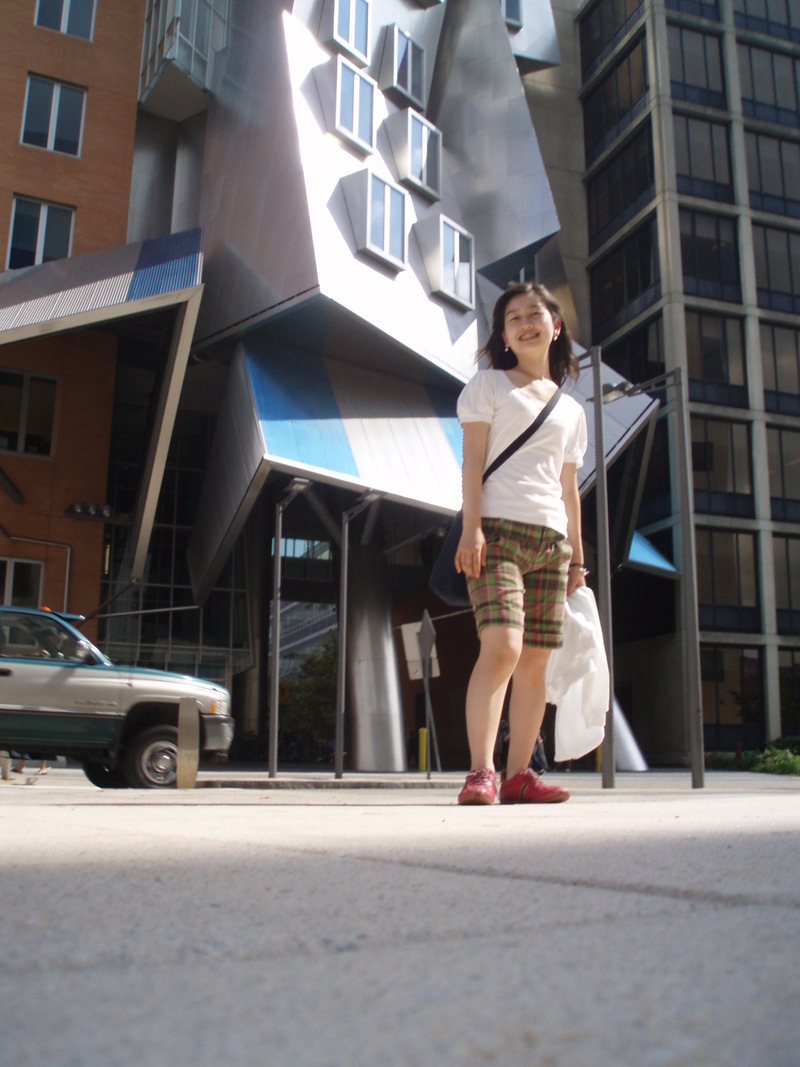 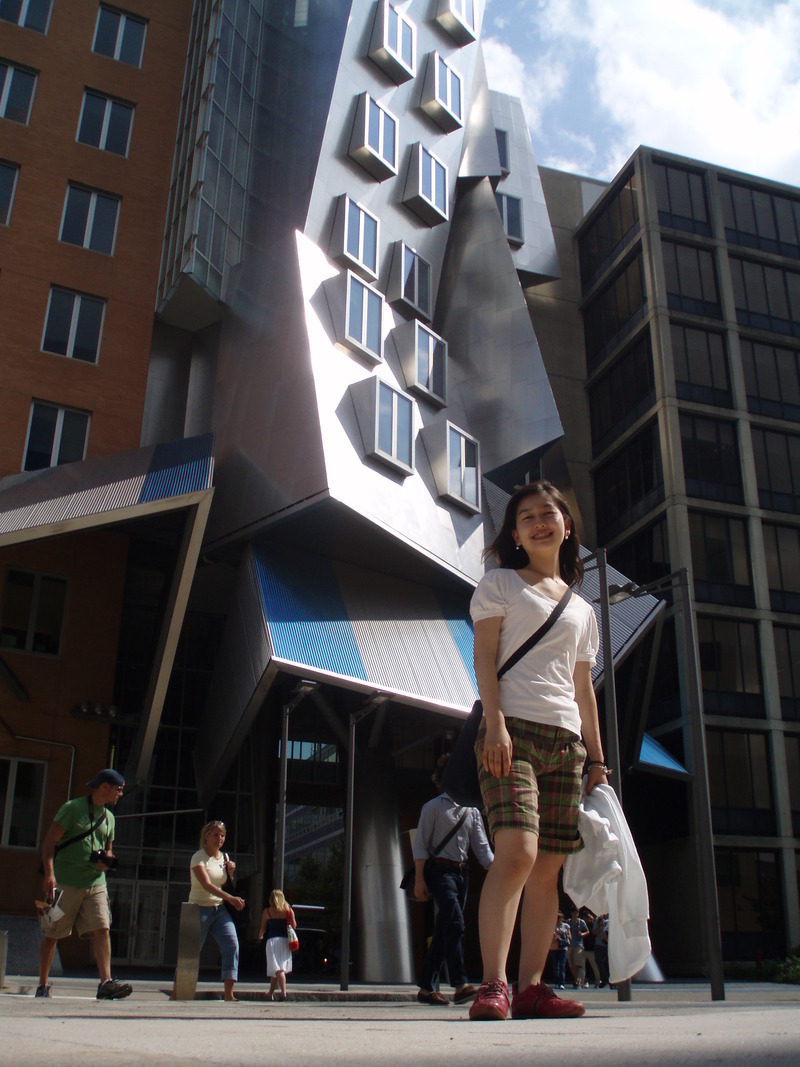 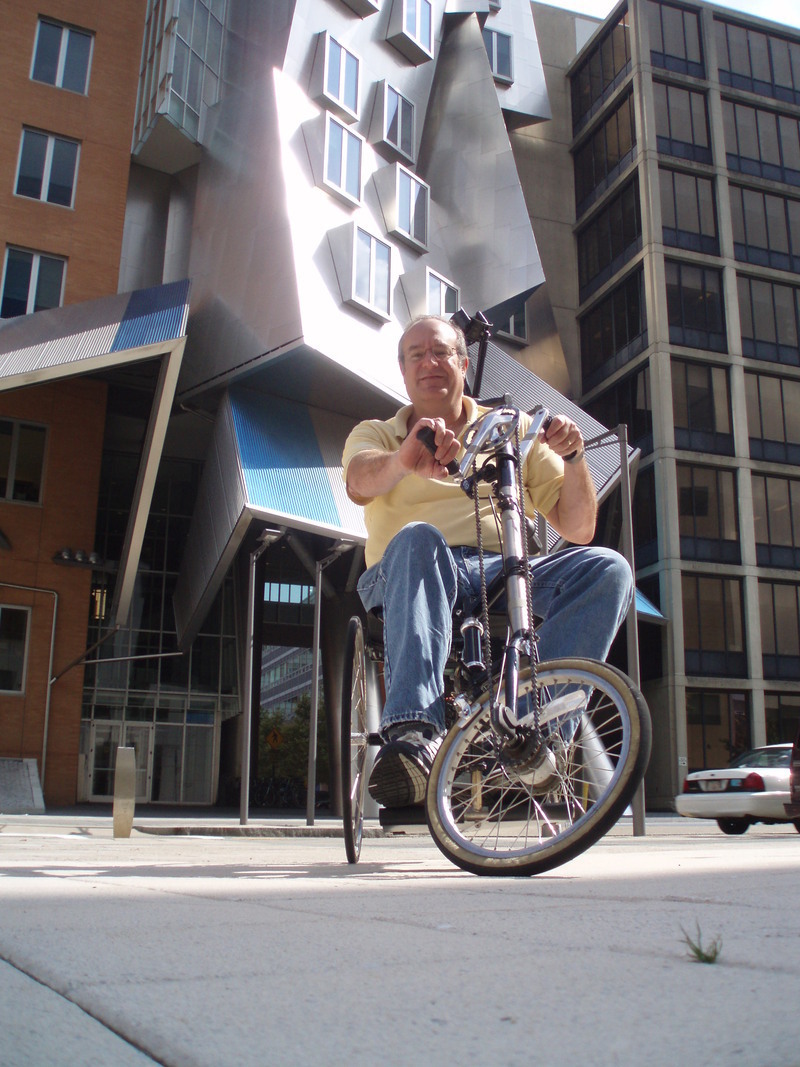 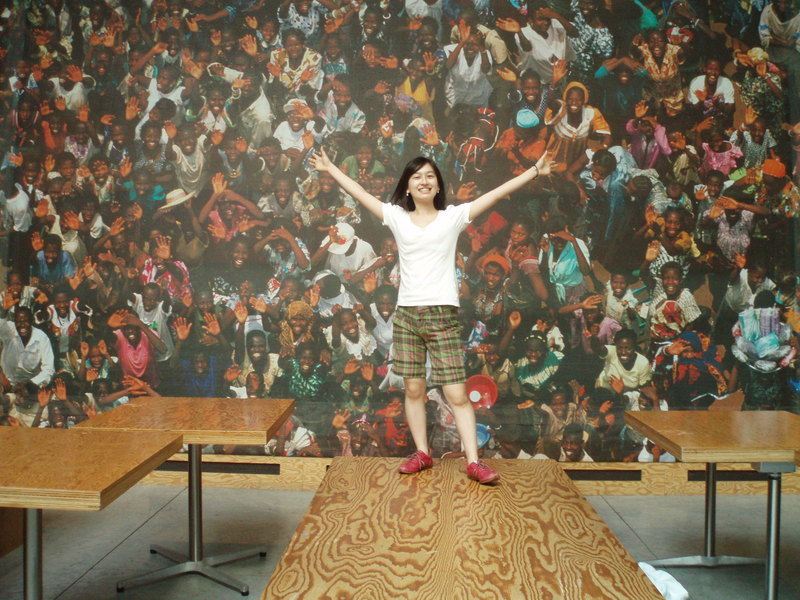 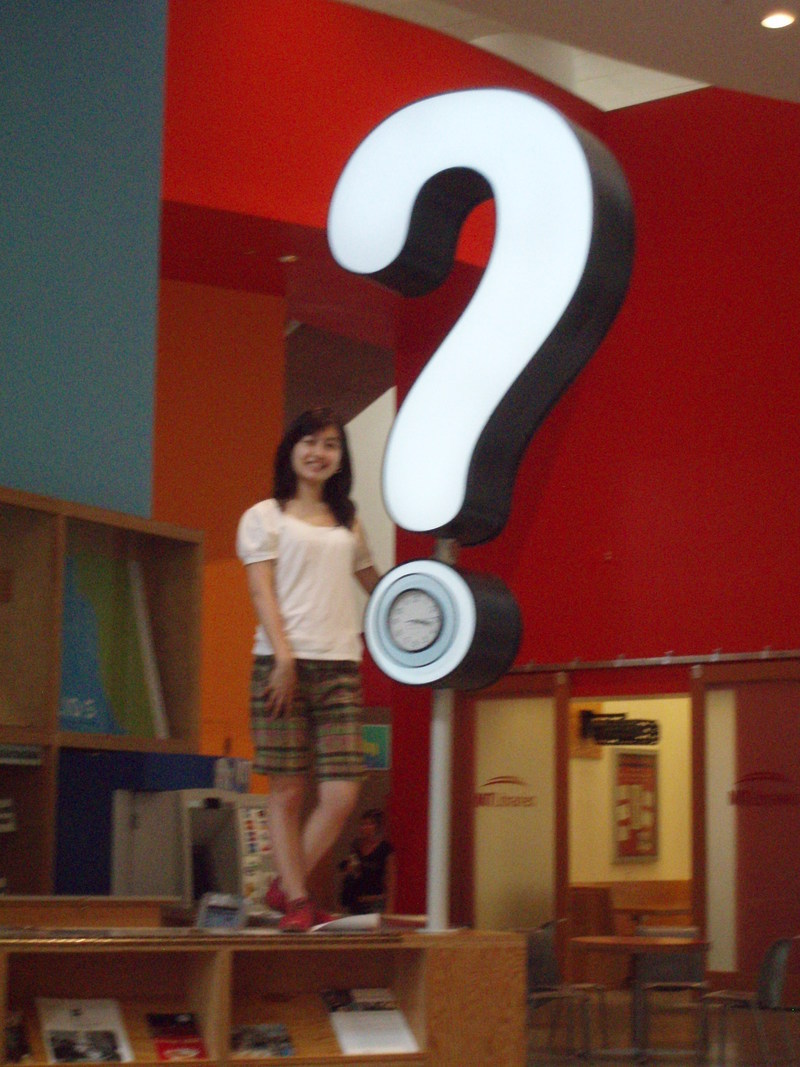 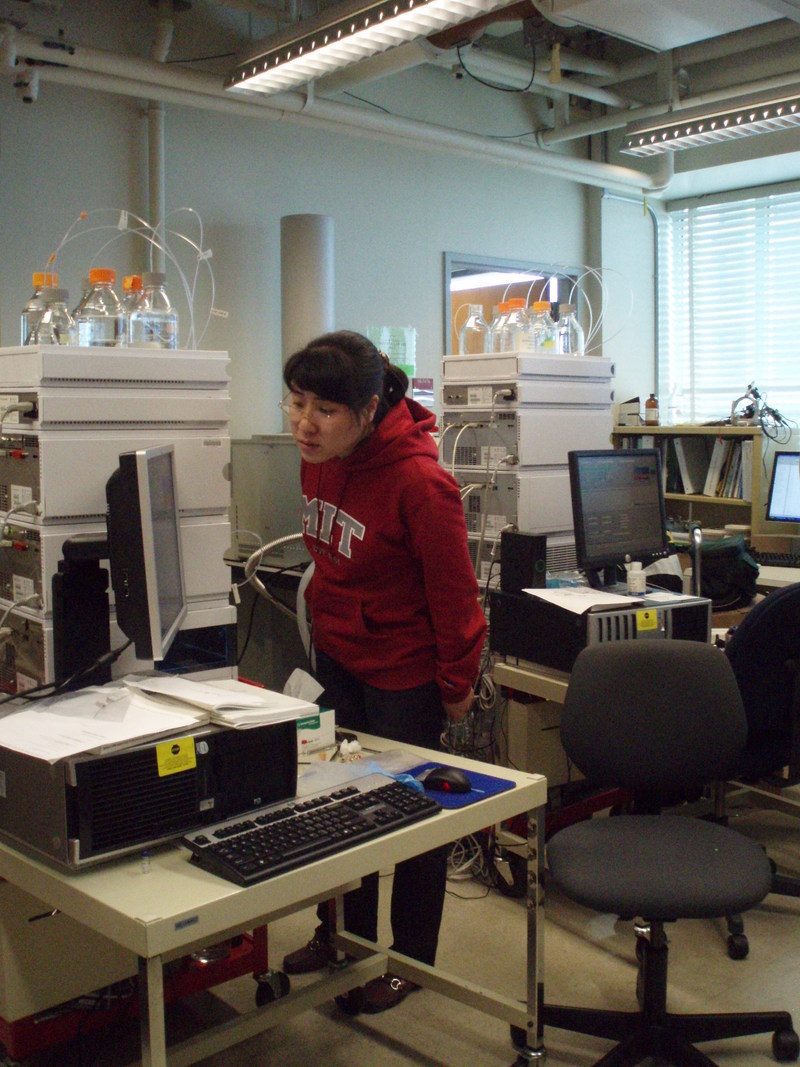 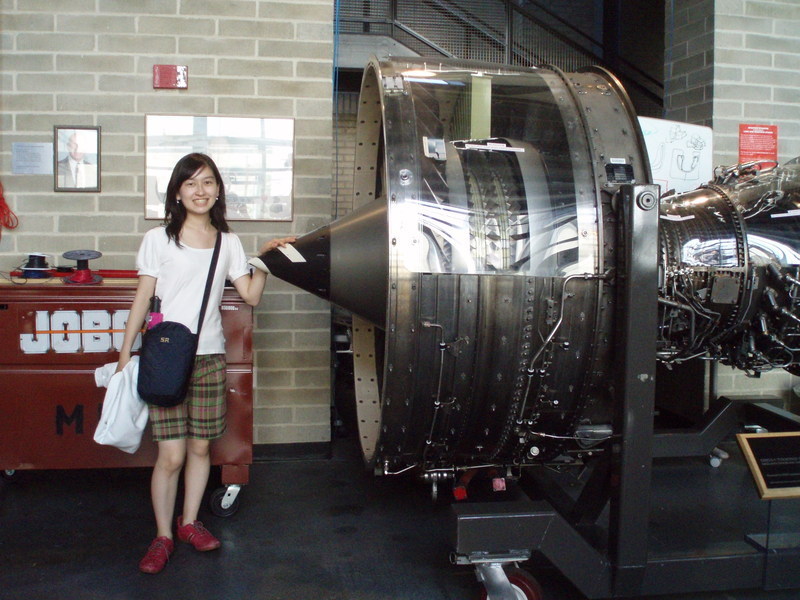 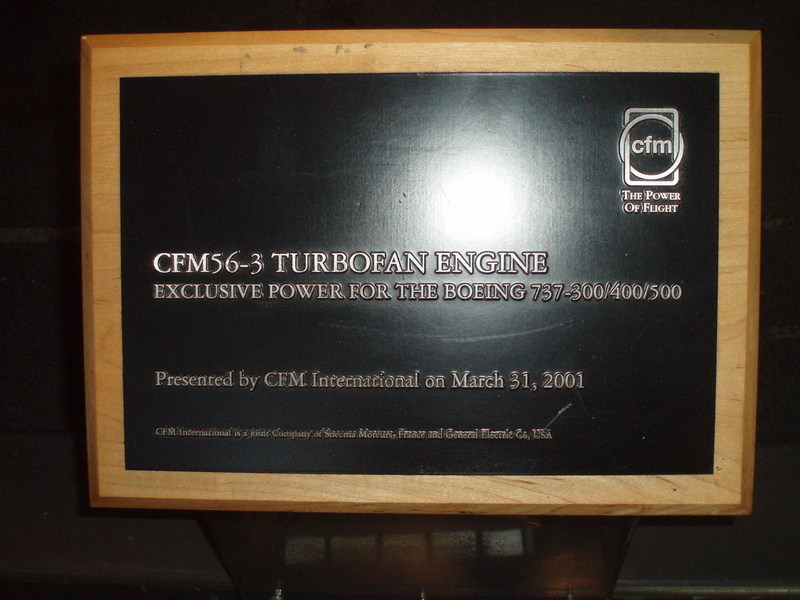 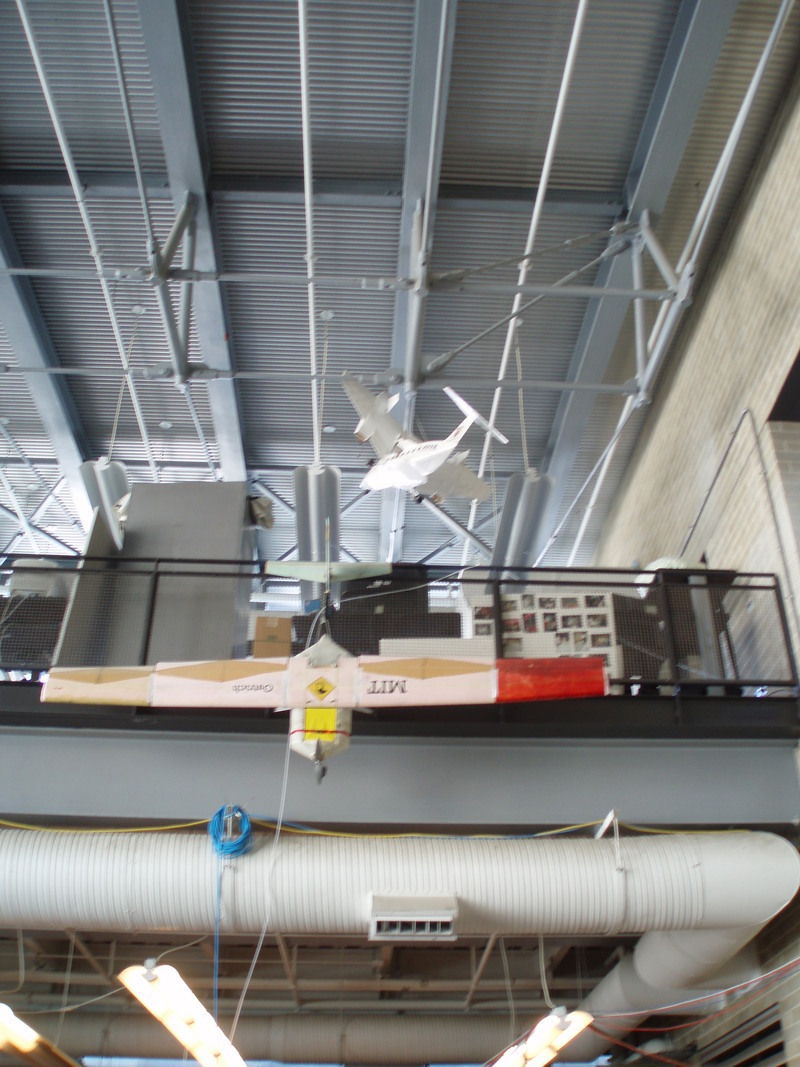 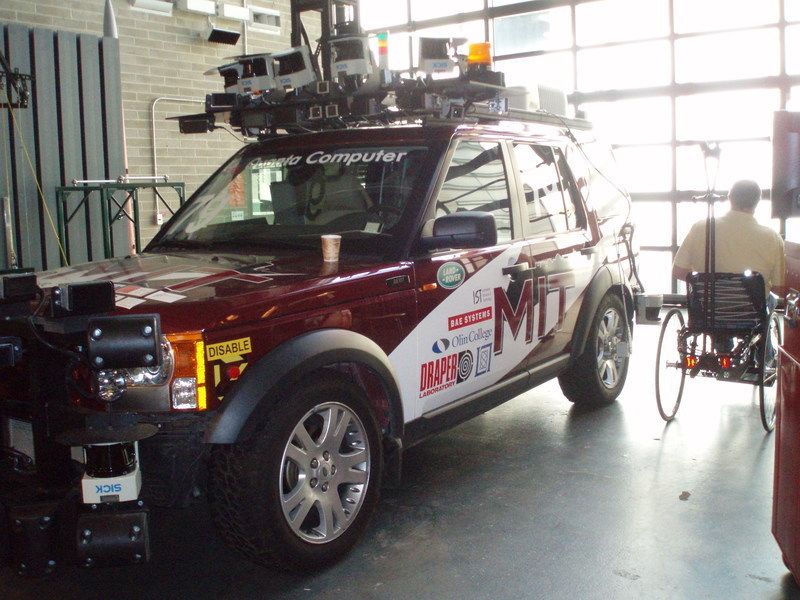 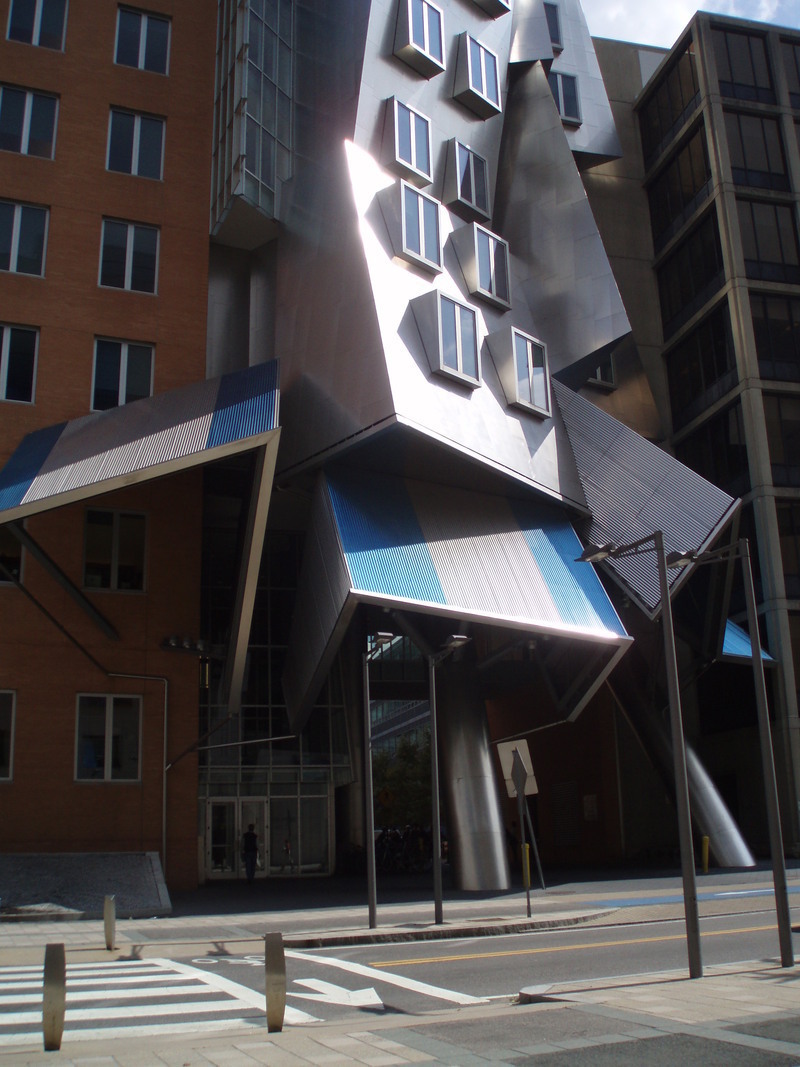 From: 真部 遥香 <harukamanabe@yahoo.co.jp>
Date: August 30, 2008 7:33:32 PM EDT
To: bill@warnerresearch.com
Subject: pics!!!Hi Bill!! This is Haruka!
Hello, Bill.
I am back in Japan now.
Here is pictures taken by photographer Bill. hehe
Thank you so much for the tour of MIT. I am telling about it as traveling story to all my friends and family!!
Hope to see you again somewhere in the world!!! please visit japan someday with your family^^!! keep in touch.
ps. I don't know why, but I couln't send pics by the my hotmail address,so I will send pics by yahoo one.
HARUKA 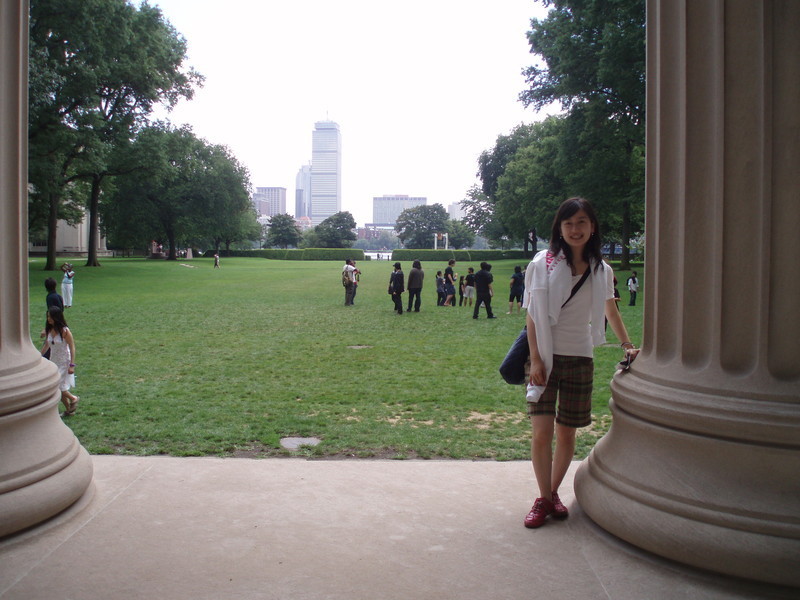 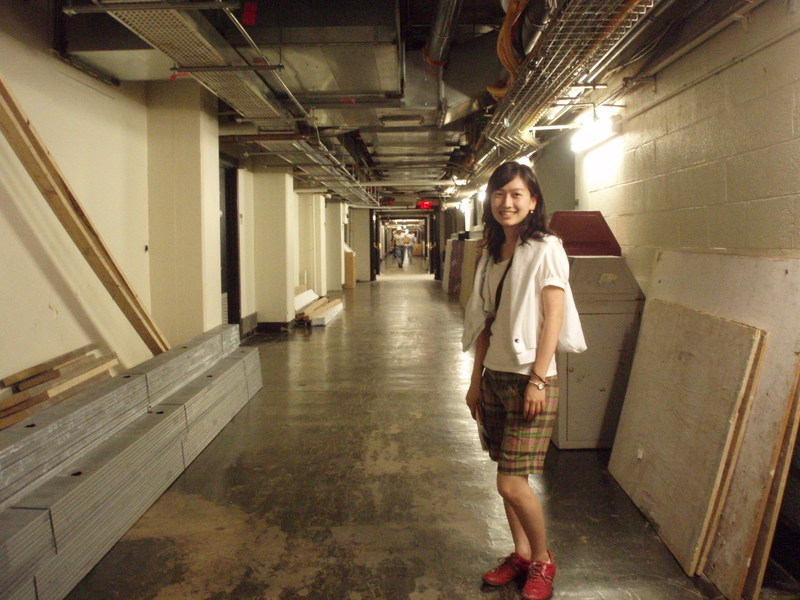 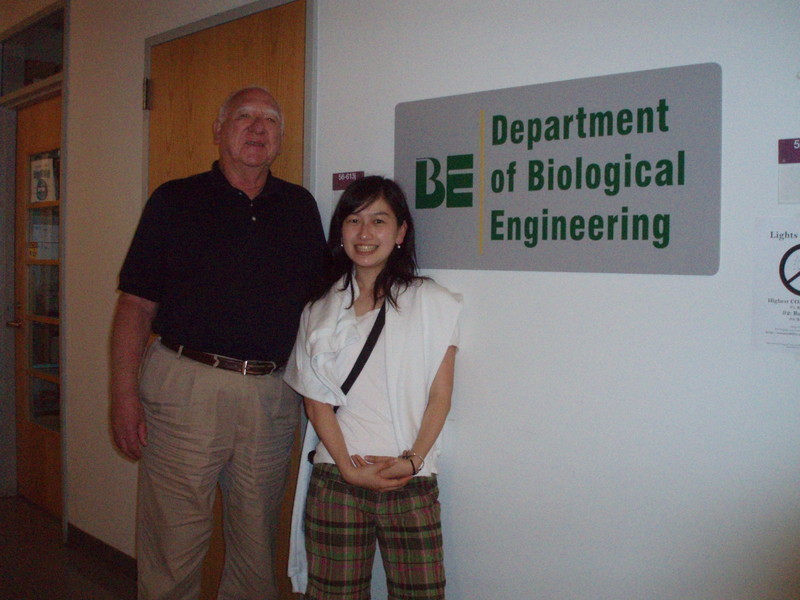 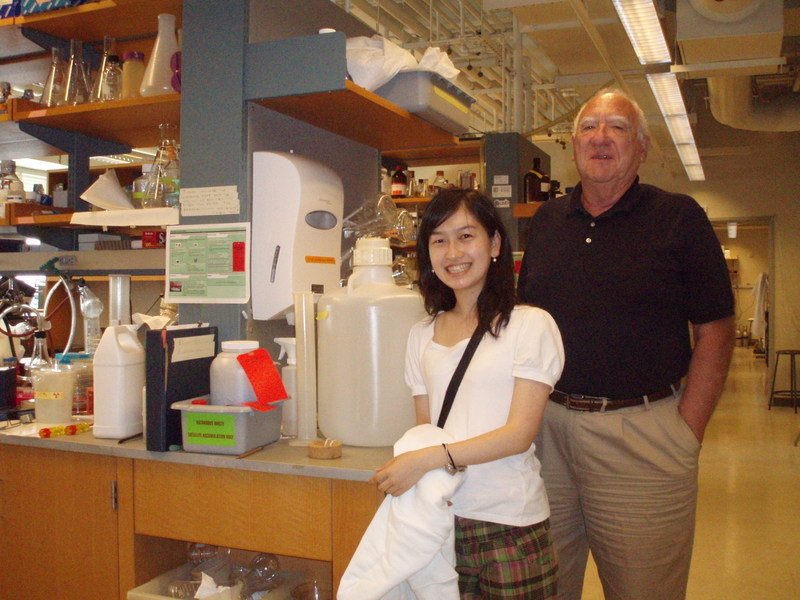 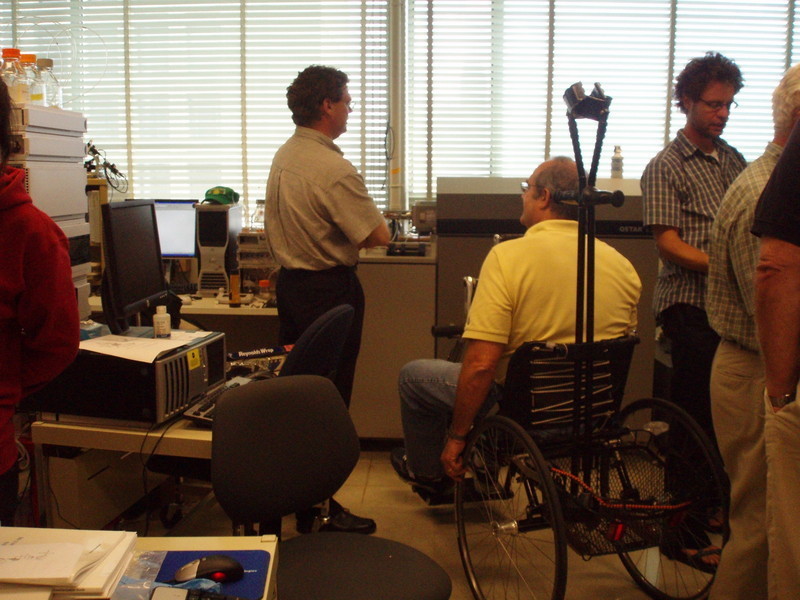