In 1999, I became very involved with the City of Boston, and with the Big Dig. The project at that time was in full swing underground, but above ground, little was known about how the city would look and work after the project was done. I started a non-profit called www.futureboston.org to help people see what the future would bring. There were big debates then about whether the Big Dig would work. Whether it would indeed help with traffic. Whether it would indeed help stitch the City back together. Now the results are clear. The Big Dig has been a huge success. Traffic is dramatically improved. The airport is a few minutes drive from the city. And most importantly, the giant scar in the middle of the city has been removed, and Boston is quickly reconnecting its waterfront with the central city. And the new South Boston Waterfront is now just a stroll down the Rose Kennedy Greenway. Boston has one vibrant waterfront, and another one on the way, just steps away.
Brian McGory of the Globe wrote on October 29, 2010, how strange it is that a project that is such a success as this is used mainly as a taint. Anyone who voted funding for it is attacked. And as he says, where would we be with out it?
http://www.boston.com/news/local/massachusetts/articles/2010/10/29/own_the_road/
the project has been an overwhelming success by any sane measure, though maybe that’s the problem here: Nothing in the public realm seems sane anymore. ...Traffic flies through the clean, wide, well-lighted tunnels morning, noon, and night. You’re more likely to get a speeding ticket than hit a backup. Compare this with 10, 20, or 30 years ago, when traffic on the old elevated Central Artery flowed like ketchup in cold weather.
These photos show a period from March and April of 2004 to June 2007. 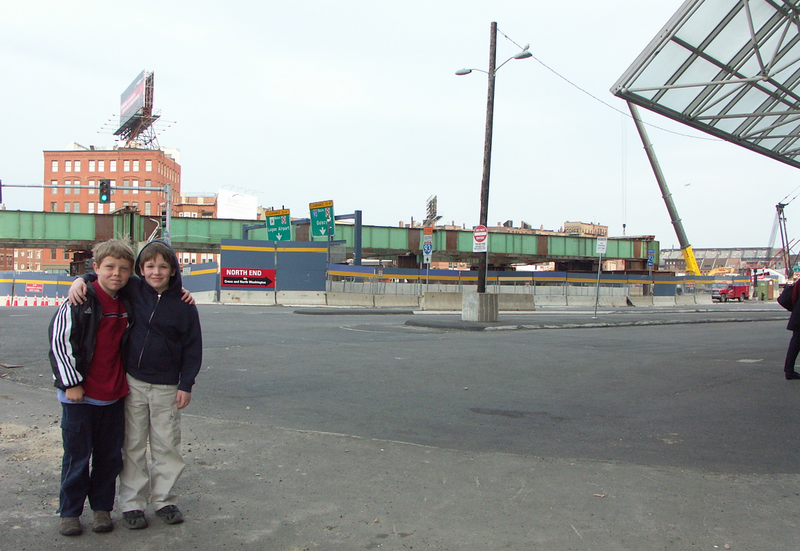 February, 2004. my son and his best friend, stand near the Haymarket bus station, with the rapidly dwindling Central Artery in the background. 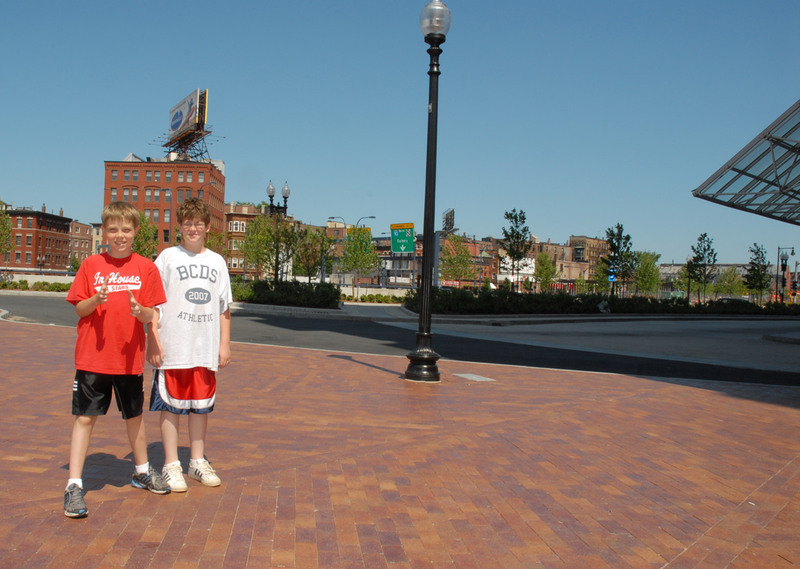 June, 2007. The Central artery is gone,, the trees are in place, and the kids are three years older and much bigger. 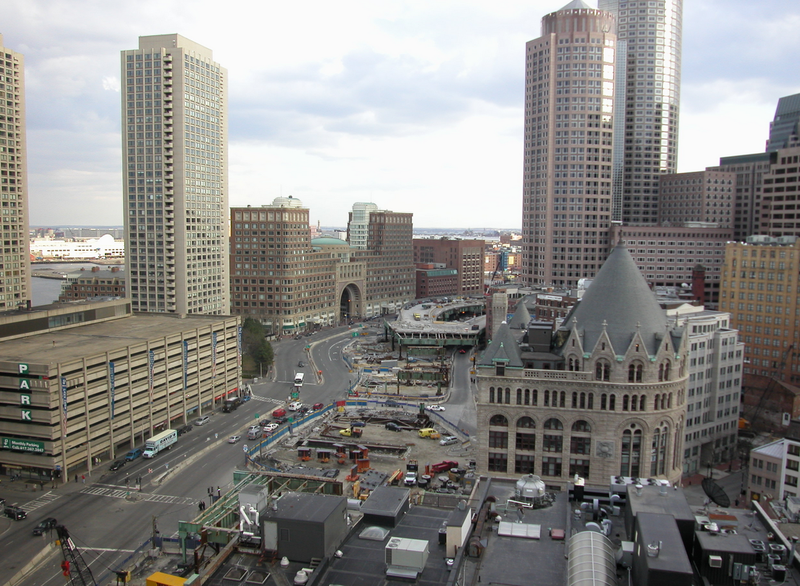 April, 2004 . Most of the artery has been taken down, except a portion near the Boston Harbor Hotel. 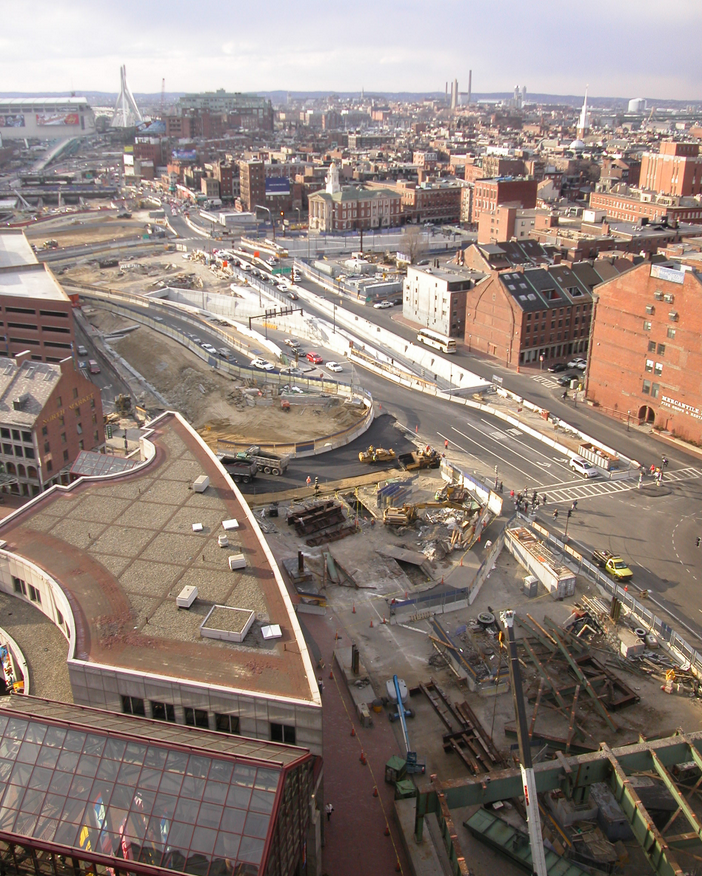 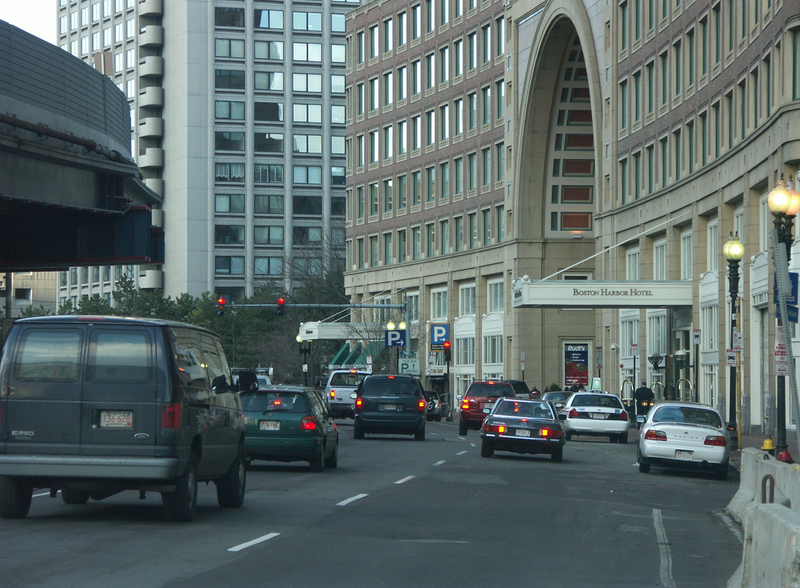 April 2004 - The elevated highway was actually extended closer to the Boston Harbor Hotel (note the new blue steel beams and new concrete barrier above) so the traffic could be diverted while the original artery was removed. 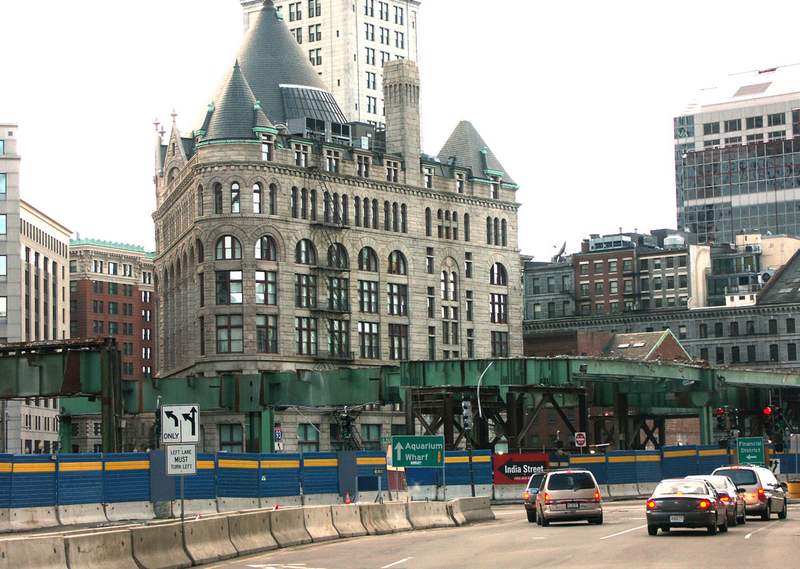 April, 2004 - It may be subtle, but look at the color of the vertical supports. If they are green, they are the original supports and were routed to a new (temporary) foundation below. If the supports look like rusted steel, these are new, temporary supports that were added when the original green ones were sawed off to make way for construction. 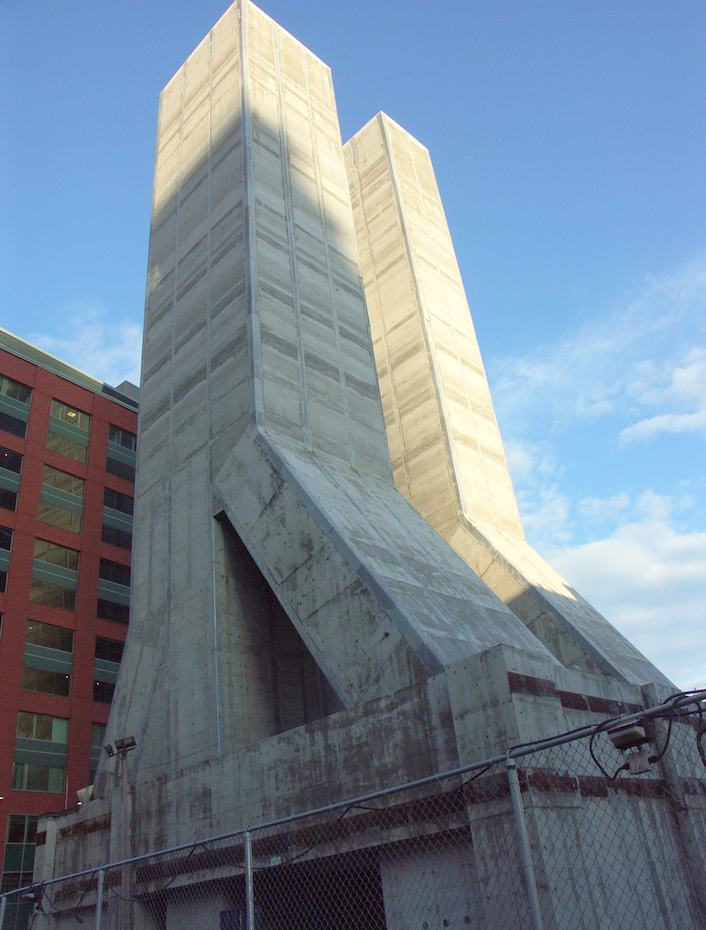 April 2004. You can't see this structure today. It is hidden now, because the Intercontinental Hotel was built right around it. This is a vent structure for tunnels below. The Intercontinental Hotel actually has giant blowers in its basement (well the part owned by the highwayt department) that extract air from the tunnels and vent it above the hotel. (Even though this is a clever way to hide a giant piece of infrastructure, I'll bet the hotel doesn't mention it on its marketing materials. 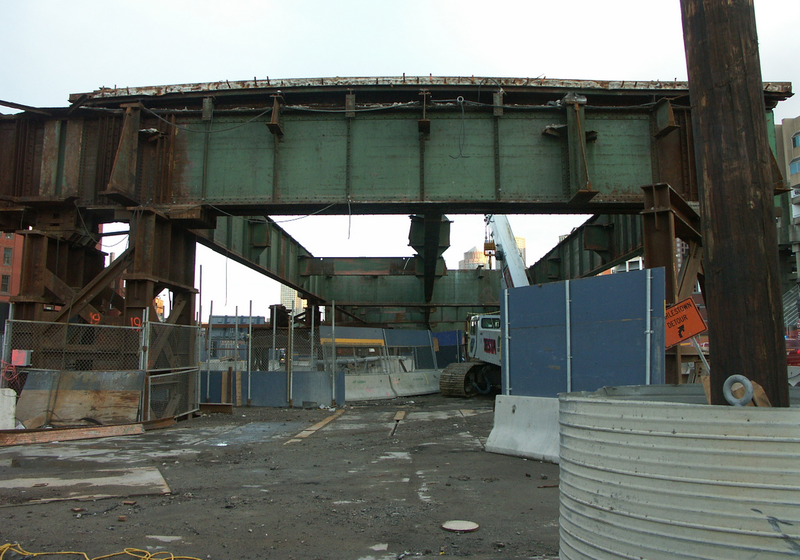 April 2004 - For fifty years, our city was strewn with miles and miles of green steel like this. It tore the city apart. Over 1000 buildings were removed in the 1950's to build the highway. It took fantastic foresight on the part of one man, Fred Salvucci, who came up with the idea of burying the Central Artery, and then put together the original financing and the team to make it happen. This is a project for the record books. A project that worked and transformed a city, frankly even more than I imagined when I was involved with those who were making it happen.
Interview with Fred Salvucci: http://www.pbs.org/greatprojects/interviews/salvucci_1.html
Browse the Archive »