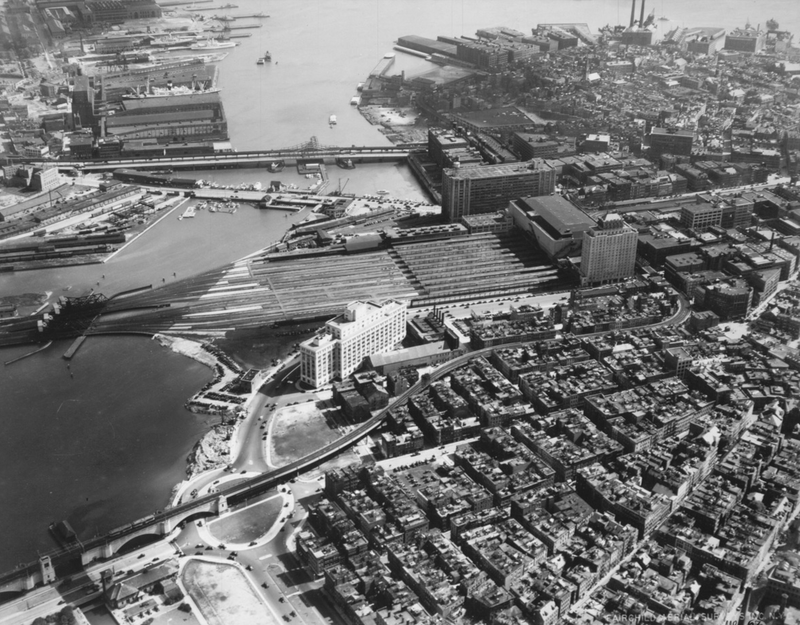 I love old aerial photos. Especially good ones, taken with high resolution cameras. This photo from about 1925 begins our journey. First, I challenge anyone to find a building that is still standing in this entire photo! The Old Garden? Gone. The office building next it? That's now the Tip O'Neil Building. The white building in the foreground? Old Department of Public Works. Gone. Now the County Prison. How about all the small buildings in the lower right. All gone. That was the West End, and it was wiped out in the 60's by urban renewal. In fact, as I look at this whole scene and follow it northward, I find that in a span of about 60 years, it's all been replaced. But that's another story. Today, we're looking for cheesecake. 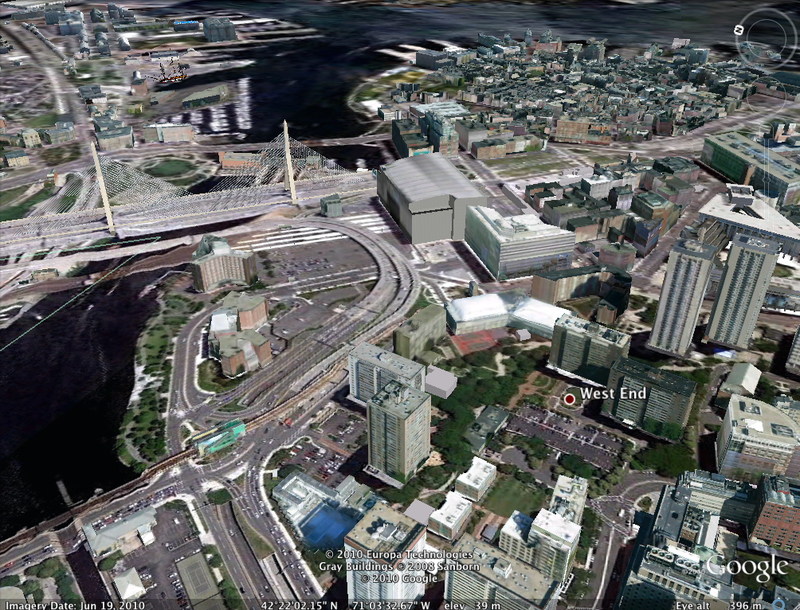 Here's the same view (roughly) taken using Google Earth.The new Garden was built just in front of the old one, and then the old one was torn down, leaving the parking lot that's there today. 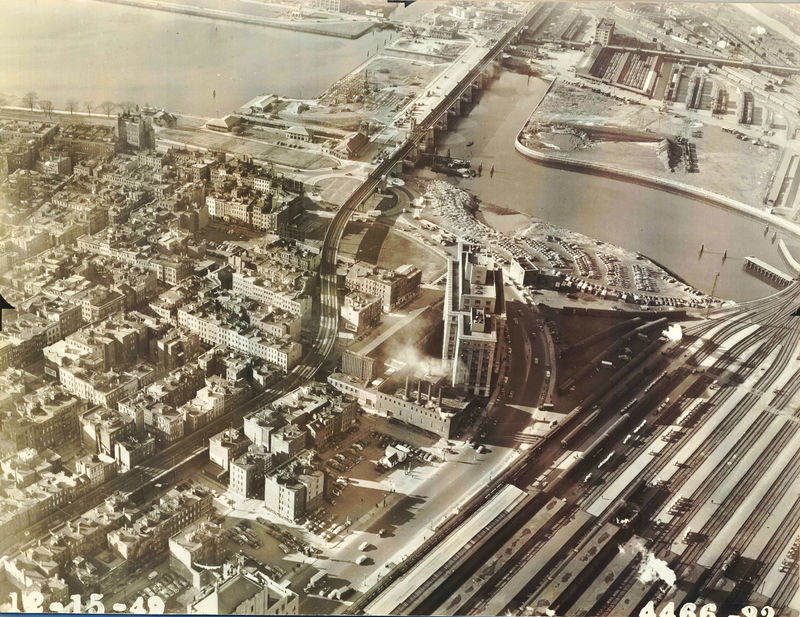 At the top of this photo from 1949, you can see construction of the Museum of Science. And on the very top, you'll see an old roundhouse where they would repair the locomotives and put them on the correct track. This series of historic aerial photos, taken in the late '40's by the State Department of Transportation are a great resource. 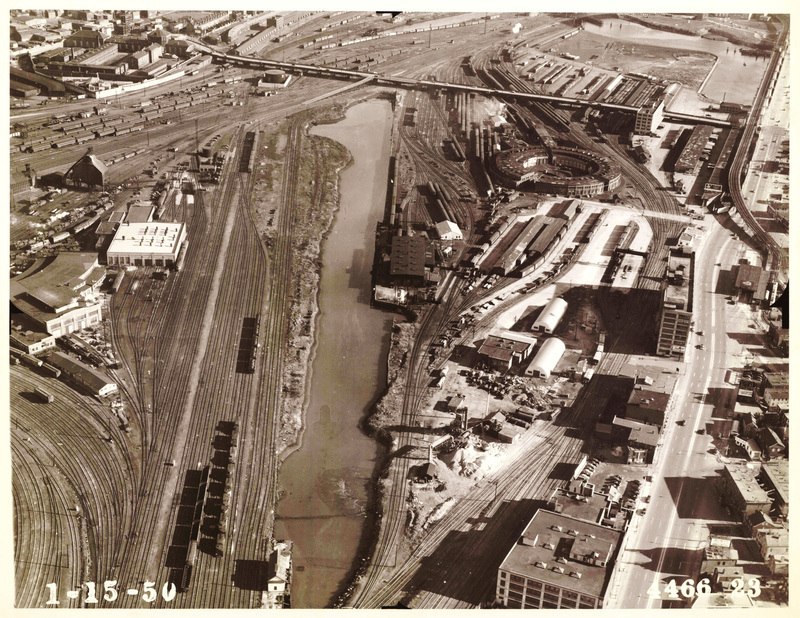 We see this roundhouse more clearly in this photo from January 15, 1950. 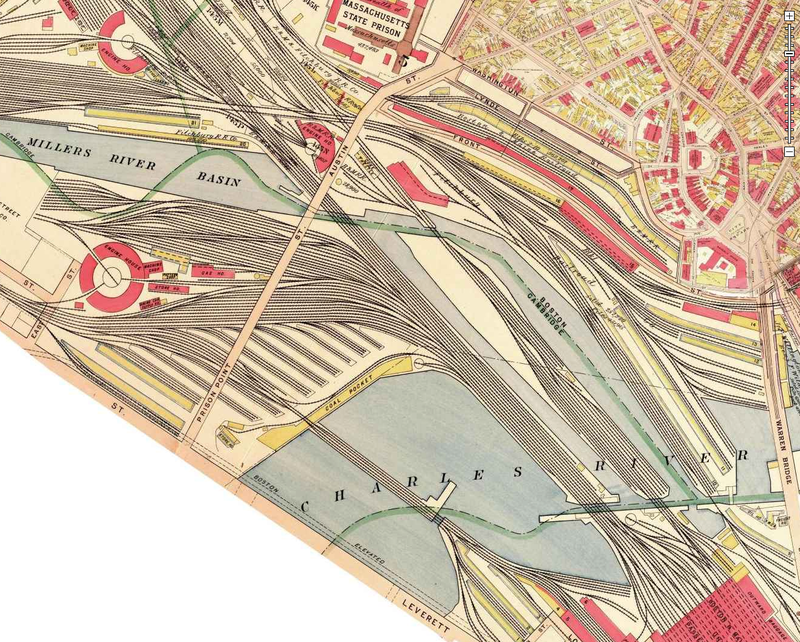 This map shows that back in 1912, a blizzard of tracks emerge from North Station. 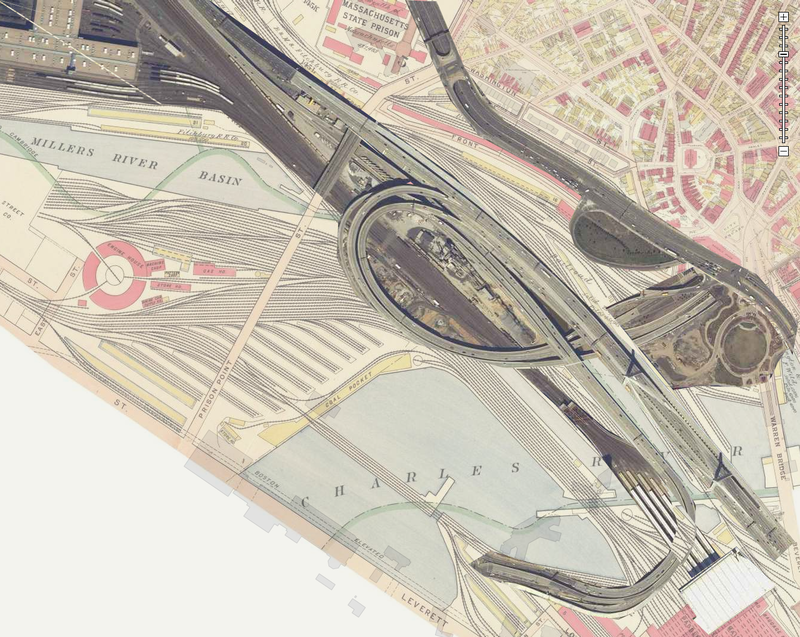 By the time of this 2005 aerial photo composite, you can see that the railroads and the highways have all been pushed into a much more narrow corridor. 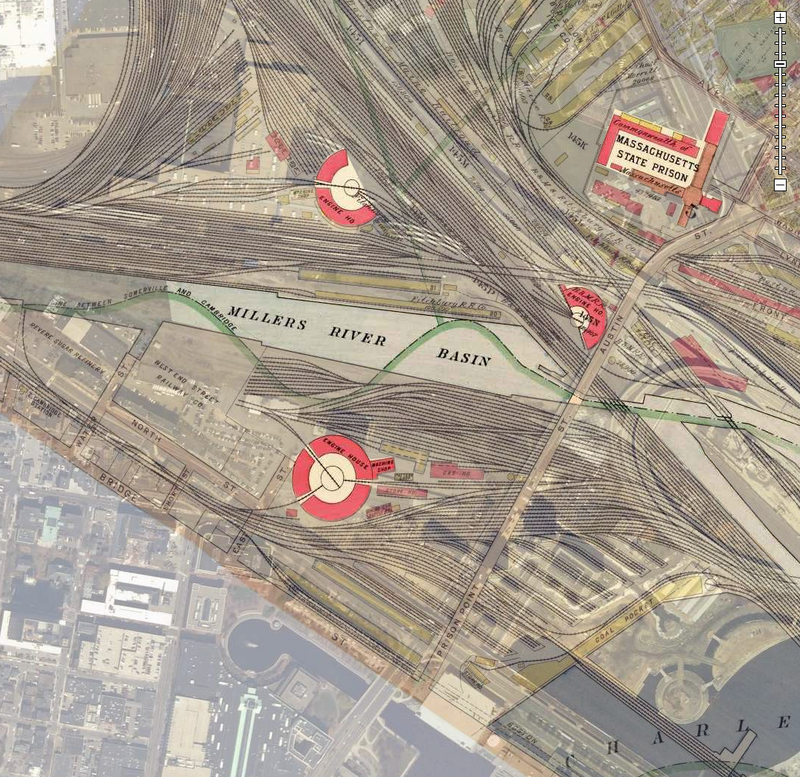 This whole array of railroad frenzy seems far away, but in fact it's just a couple blocks from the Cambridgeside Galleria Mall, which borders the circular boat basin at the bottom of the picture. 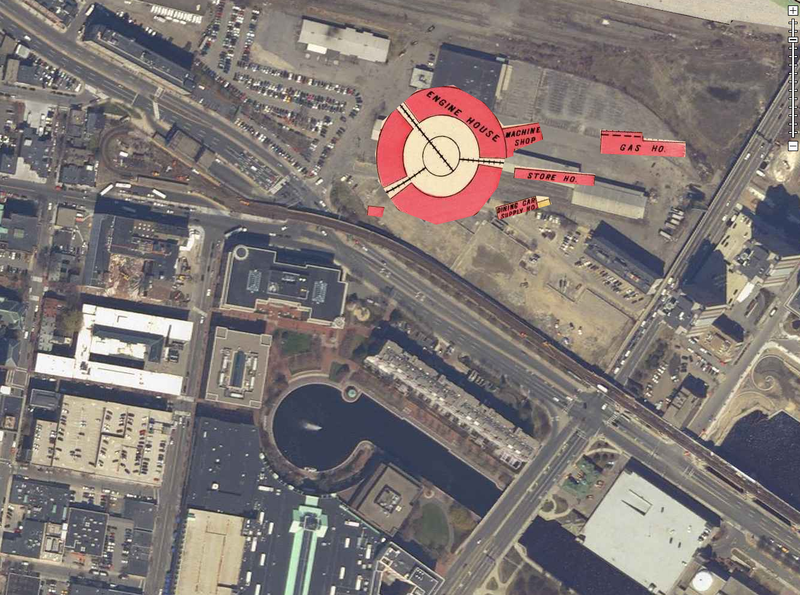 Here it is - two worlds from different times almost collide. The roundhouse almost across the street from the mall. They even had a separate building for "dining car supply.", Hmmm. They could have bought some cheesecake from....you know where. Sixty years later, it's only 700 feet away! 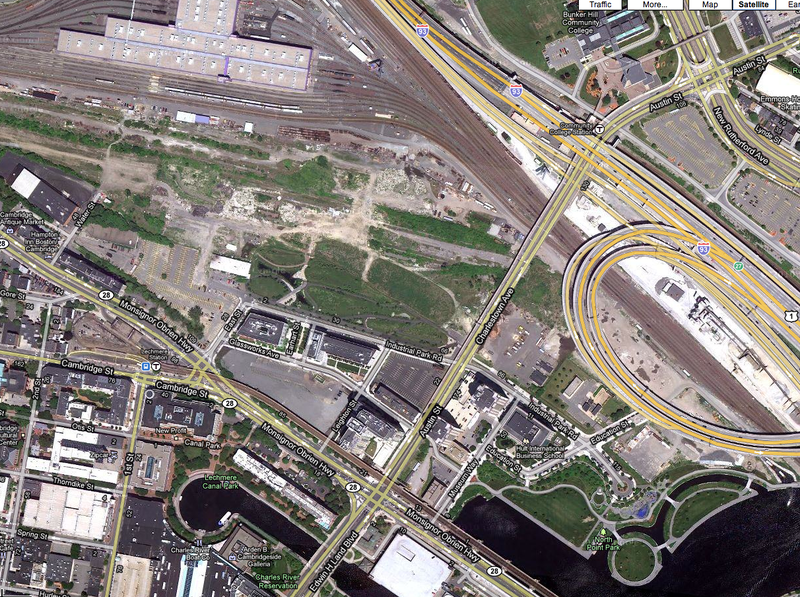 Now the whole area is being reclaimed for development. Note all the green in this more recent view from Google Maps.
This is only the most recent story of railroads yielding to new city. Stay tuned for a look at three other areas that we take for granted that also used to be all about railroads: The Prudential Tower, The Hancock Tower (not the one you're thinking about) and most of Northeastern University along Huntington Ave. 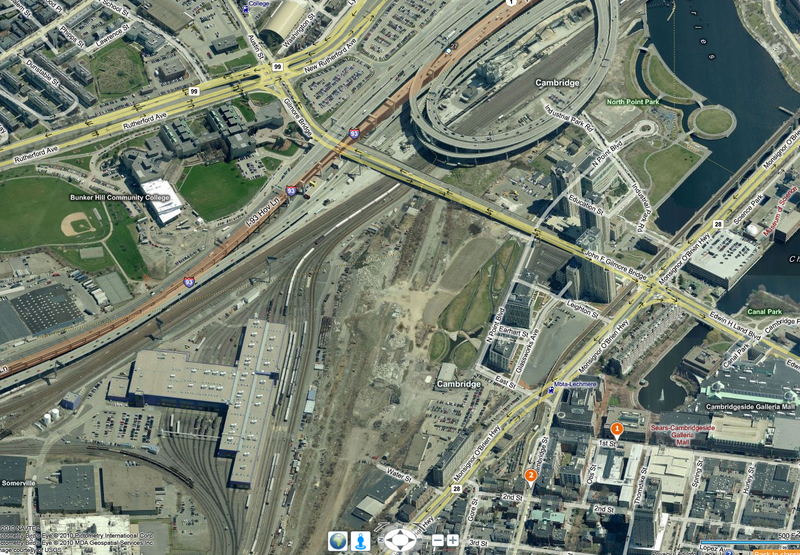 Here's a recent aerial photo from Bing Maps. I didn't mention it earlier, but did you notice the old prison in Charlestown? That's now the site of Bunker Hill Community College.