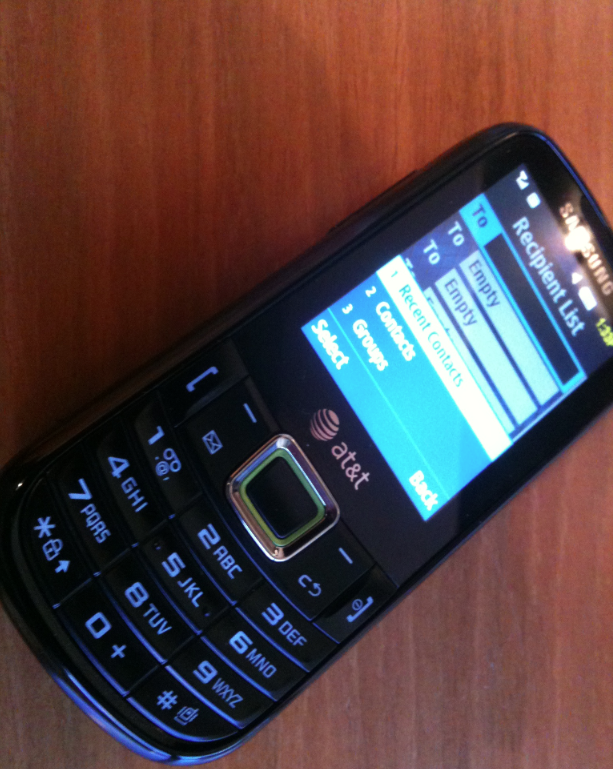 My new phone is a dumb phone.
My name is Bill, and I'm a smartphoneaholic.
Every spare, quiet moment I have is given over to the wonders of the smartphone. It's usually a toss-up between reading the New York Times, or checking email. If both have been picked over, I have a wider-ranging news app called Fluent. After that, there's Twitter. And by then, the period of quiet time is over.
I believe that this imitate time with my smartphone has helped me think many small thoughts. In fact, I've come to believe that I'm losing something important. I'm losing that time of day dreaming. I'm losing that time of looking around and thinking. I'm less likely to even make a phone call and talk to someone. I'm more likely to stare into the smartphone, read small articles, read emails, and think small thoughts.
Take a look around at the poses of people and their smart phones. They stand near each other, glowing screens in their hands, literally lighting up the face with an eerie blue.Their heads are down, their posture submissive. One doesn't think about how to change the world in these moments. No. I believe you're thinking about your next email or your next tweet or your next article.
Why are smartphones so addictive? I think it's because they offer such instant gratification. Got a question? It's answered instantly. Want to send a message? Send it instantly. Got a minute? Fill it instantly.
Since I always loved Star Trek, I can imagine some diabolical, evil commander in a far away galaxy reporting on the progress of their latest attempt to subjugate the Earth. "Commander, the smartphone project is working even better than we had projected. Millions of people are now addicted to the phones. Humans are already becoming more submissive. Our eventual takeover will be easier than we had planned. And, both of our projects, Apple and Android are ahead of plan. Oh, and the Apple one has $80 billion in the bank."
So today, I went into the AT&& Store and met a very capable sales person named Bob, and I told him I wanted to "downgrade." He said it was the first time he heard that, but he quickly understood what I wanted.

Samsung Evergreen
My goal is to slow everything down. Make sure that it's just too slow to get to the NYTimes, too slow to look up that arcane fact, and too slow to read email. Bob assured me that this phone would fit the bill on all counts. And so, I have a dumb phone in my pocket now. My iPhone has been neutered. It says "No SIM." If there is WIFI nearby, though, it is still dangerous and addictive, so my goal is to leave it home. 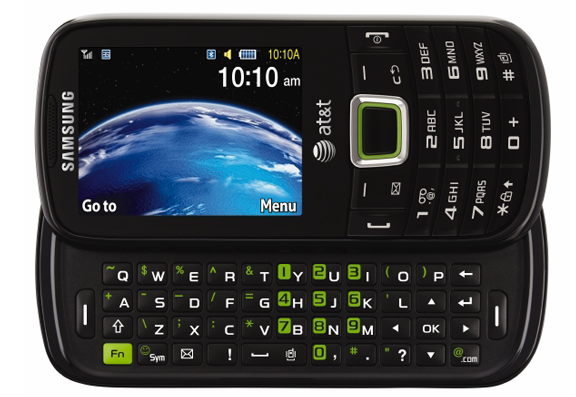 The Evergreen has a pop-out keyboard, so I can still send text messages…which I don't do all that often. More importantly, it's fun to hold the phone in one hand and open and close the keyboard.
The Internet is so slow and takes so long to start. But it makes great phone calls, and I can send and receive an occasional text. Perfect.
And, I have 30 days see how I like this new world. If I don't, Bob assures me I can return the Evergreen, and upgrade to an iPhone 4S's.
"Commander, I've picked up some early signs of downgrading!"
"Give it 30 days. They cannot resist the smartphone"