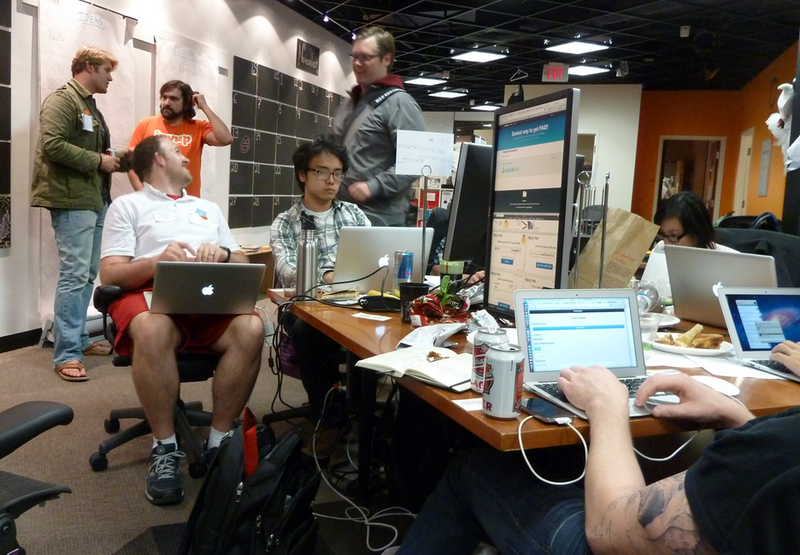 There was plenty of candy, coders, drinks, pizza, and code writing at the Vampire Hackathon. I left at 3:30 am, and everything was going strong, with over 60 hackers still slicing away at their keyboards. 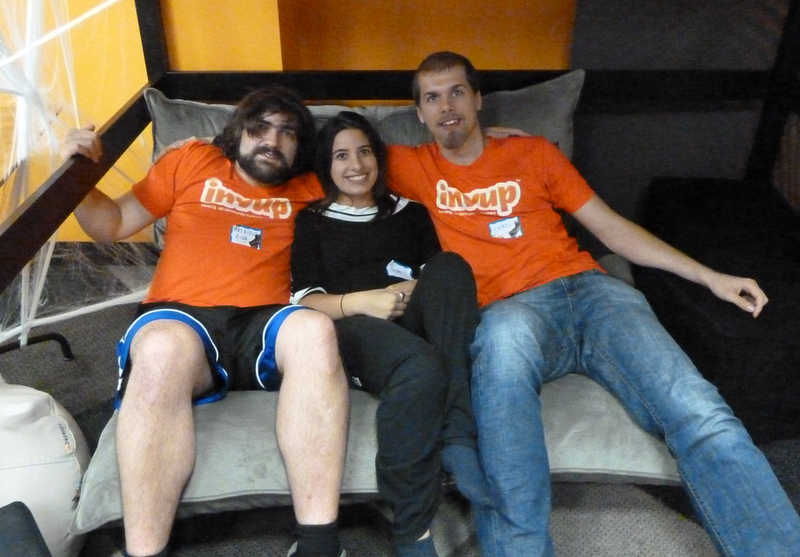 Nick' innovative furniture design for Anything Goes Lab includes an amazingly comfortable "pillowsac" that attracted two folks from MassChallenge's Montreal-based finalist invup, as well as person who described herself only as a "groupie." 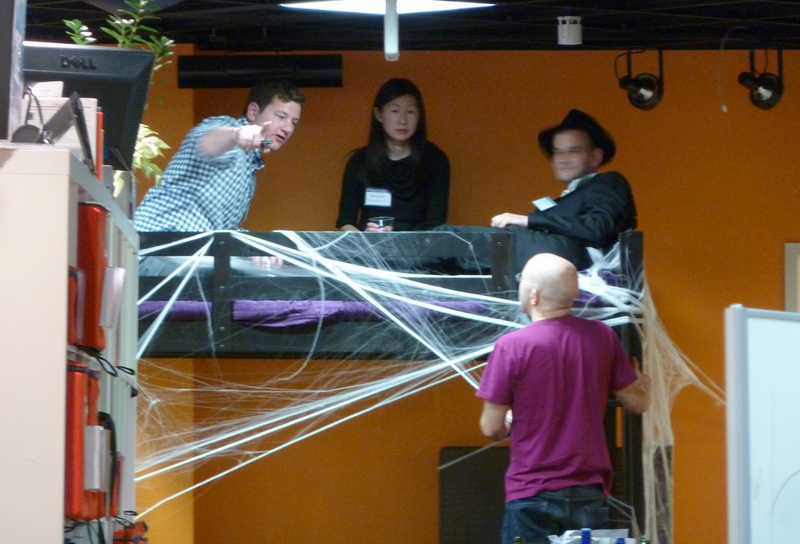 Meanwhile, Nick's two level design allows an important conference be held in the loft right above the pillowsac. This is a "casual meeting area" not a bed! 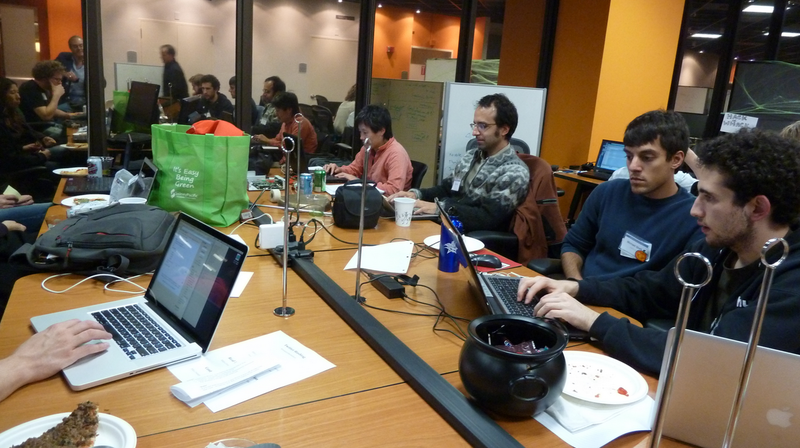 While there was plenty of drinking and eating, like any good hackathon, what really happened was a whole ton of coding. 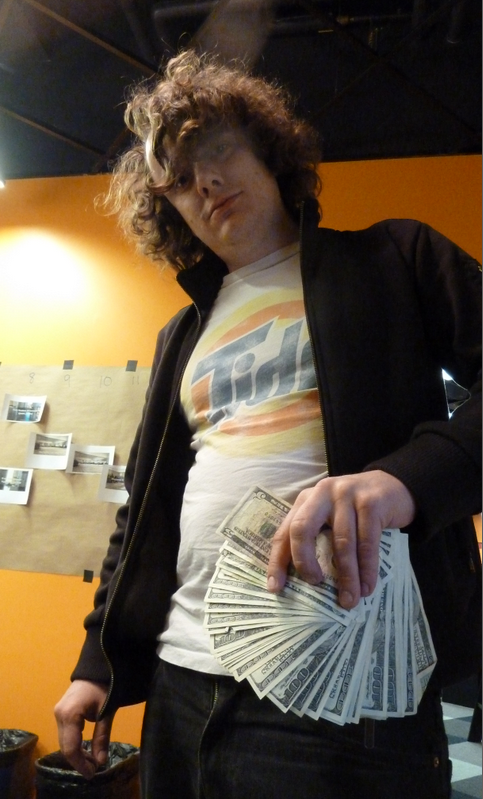 Unable to figure out how to wire money to England, an American company decided it was easier to pay Memrise founder Ed Cook in cash and let him move the money the old fashioned way...in a pocket. No, it wasn't a drug deal...it was for running a memory workshop in (of course) Las Vegas. (Yes, he told me that, and yes, I believe him.)