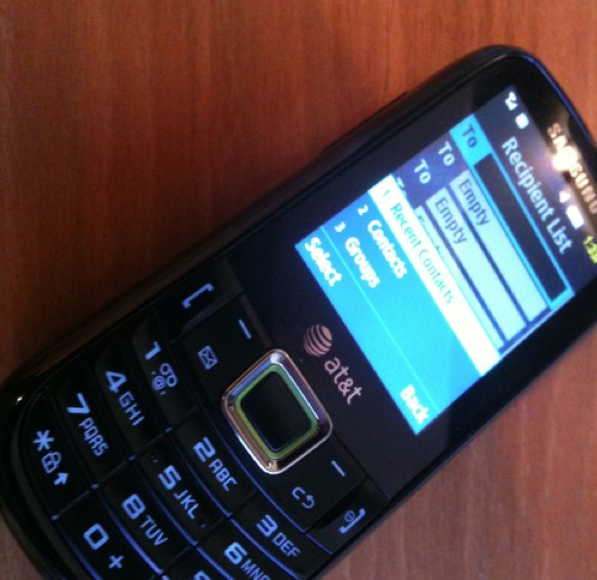 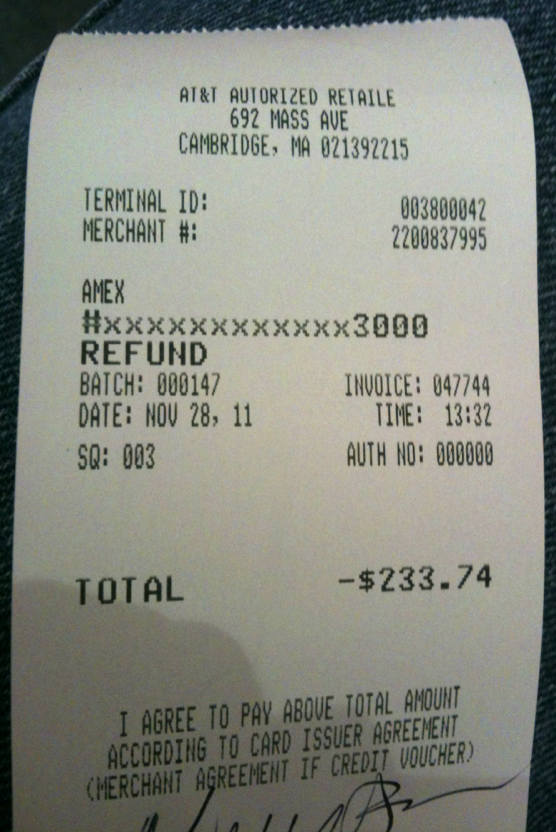 
Third in an on going series about what smartphones are doing to us.
Okay, I admit it. I lasted 19 days. I never did smoke, but I sure did get hooked on that new way to light up, the smartphone. (But read on, cause it's not entirely like it seems)
The story started on November 9th, when I went to the AT&T store and asked for a downgrade and bought a dumb phone to experience life before smartphones.  On that same day I posted Smartphones Are Making Us Think Small Thoughts because I found that I spent almost every free moment staring into my 4 inch screen. On November 17th, in How to Show an iPhone Who's Boss., I outlined what I found was so addictive about the iPhone and what I had done to stem that. And today, I'll cover why I returned my dumb phone, re-ignited the AT&T plan on my iPhone, but I'm still making fundamental changes in how I use the iPhone. 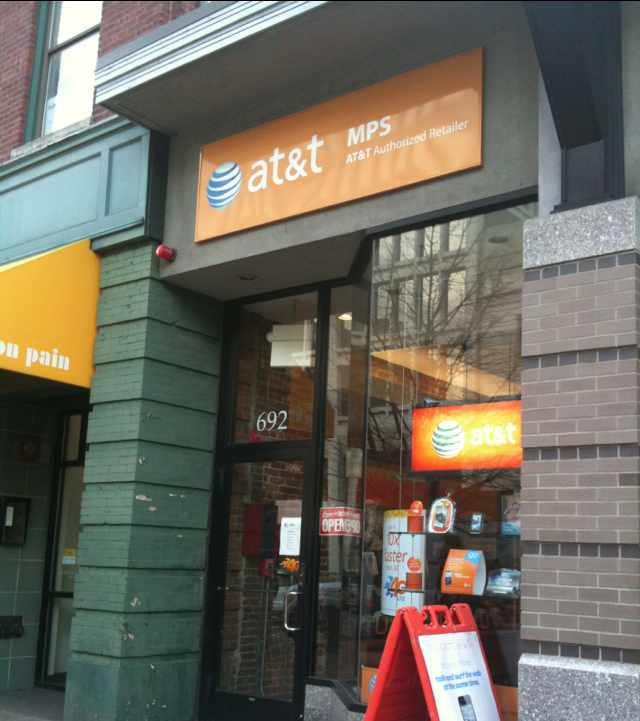 The AT&T store in Central Square, Cambridge
I learned many things during my experiment. For example:
Three Apps Fuel My Addiction: The iPhone does all kinds of useful things, but I learned that there are three apps that are my main addictions: Mail, NY Times, and Fluent Reader (a news reader). In my experiment, I removed these from my iPhone. No mail. No NY Times. No news. That was a big help. (Also took off all Twitter apps.) These apps are still gone, even though I've turned the AT&T service back on.
Speed Kills. Or More Exactly, Addicts: It is widely known that speed is crucial for addiction. Google is very careful to make sure that search is always super fast, because they know that even milliseconds of reduced speed lead to lowered use. And one of the things that smartphones give you is instant start. Watch two people at a restaurant. Watch when one leaves for a trip to the bathroom. Time how long before the other takes out their smartphone. Time how long it takes before they are getting their "fix". I believe this is the key to addiction, and the key to keeping smartphone addicts thinking small thoughts. Watch when his girlfriend heads to the bathroom, does the guy ponder how to solve that big problem he's been working on? Nope. Out comes the iPhone to check for an email that turns out to be discussing three possible meeting times.
Usefulness vs. Addictiveness: I learned that the smartphone has two different worlds. The world of useful apps, vs. addictive apps. I think its worth asking yourself: "What are my most addictive apps?" Just watch yourself in those free minutes. Where do you go? Do you open Pages on your iPhone to work on that book? No. Explore Maps for your next meeting? No. It's something that gives you the quick fix. That burst of smartphone nicotine. I'm leaving my nicotine fixes turned off, even though the phone is back on.
After getting my iPhone plan turned back on, I went to lunch at Four, the burger place next to the iPhone store. As I munched on a wonderful salmon burger, I thought "hey, my 3G service is back" and I was about to fire up my favorite - the NY Times. Ah, but the icon was still gone, and while I could have gone on Safari and typed in nytimes.com, I didn't. For two reasons. One was that would take too long, and my fix was no longer instantaneous. And two, I thought: why did I do this experiment, and I shouldn't stop now. So instead of looking down at my screen, I looked up and looked around. A tv showed what happened in the football games on Sunday. Kind a cool. People walked in and out and I looked them and they glanced at me. Hmmm. That's interesting too. Somehow, my food tasted better as I looked around.
And then I had big thought. "This is better." It's better to look up. To look around.
So the iPhone is on, but the nicotine apps are still being held at bay. Day 19.
I intend to keep the addictive apps off my iPhone. I intend to look up. Not down.