My brother-in-law, Steve Welch, studied fashion design. Last Saturday, we were looking to do something new, and rather magically we ended up at Boston Fashion Week's major runway show at a tent at the Mandarin Oriental Hotel.
It was an eye-opener to say the least. Steve saw three shows, and I saw two - local designers Luke Aaron and Maria Victoria (Victoria Domingues-Bagu)
The first show I saw was by Luke Aaron, and featured flowing gowns that were just stunning. I had a front row seat, right near the all the press cameras. Shooting with my tiny Canon S100, I got some amazing shots.
Both shows were beautiful. I was really struck by the designs from Luke Aaron. I'm still thinking about them days later. And to think, he is a local designer. Furthermore, he's not just located here, he takes inspiration from Boston's history, and makes it part of his designs. From his bio:

An avid history buff, Luke draws inspiration from Boston’s mythological connections to early America; from the stately elegance of Beacon Hill to the Seaport’s weathered utilitarianism.  His designs reflect an appreciation for past traditions while embracing reinterpretation. Influenced by the romantic allure of the stage & screen, Luke continues to cultivate a storyteller’s approach to design; creating a visual narrative through each collection in which the wearer becomes the muse. 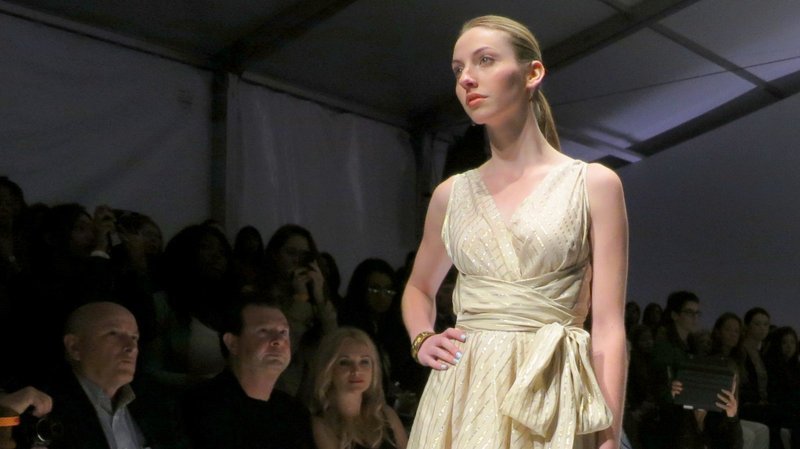 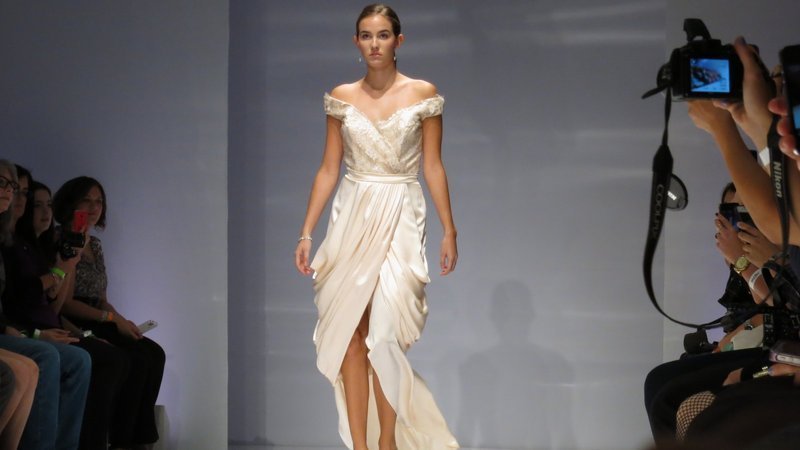 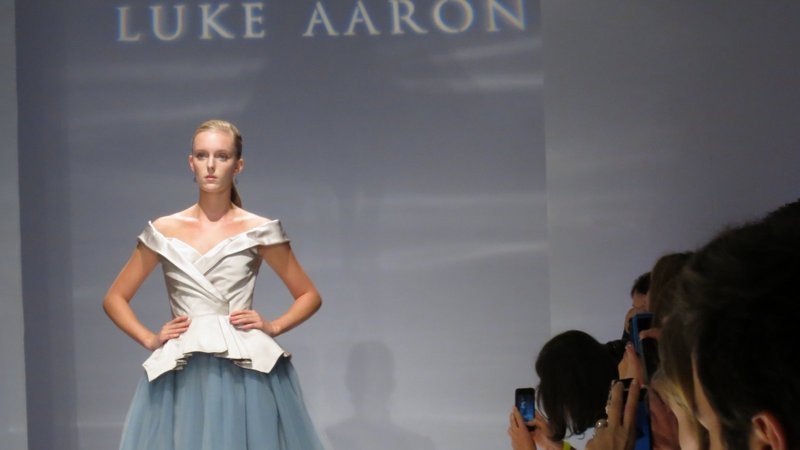 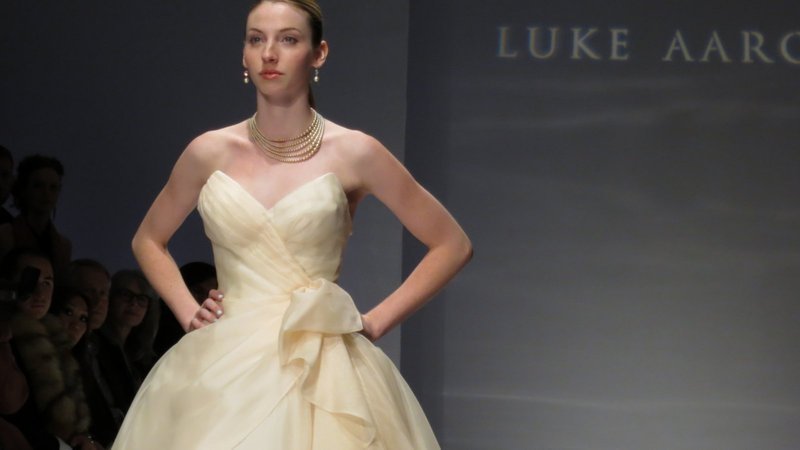 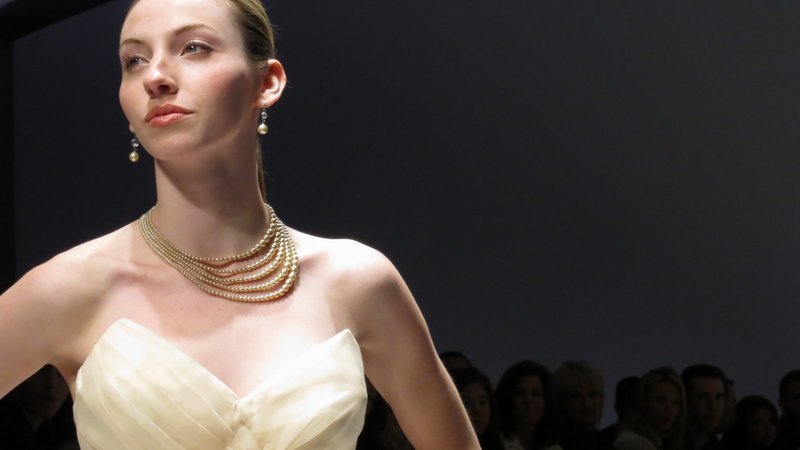 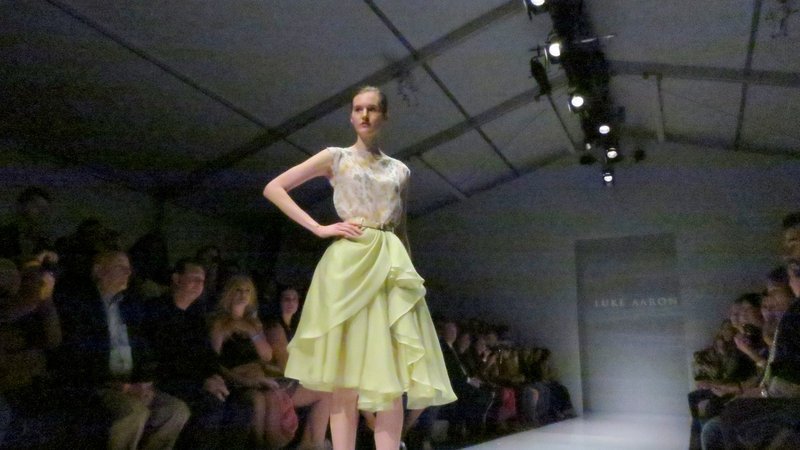 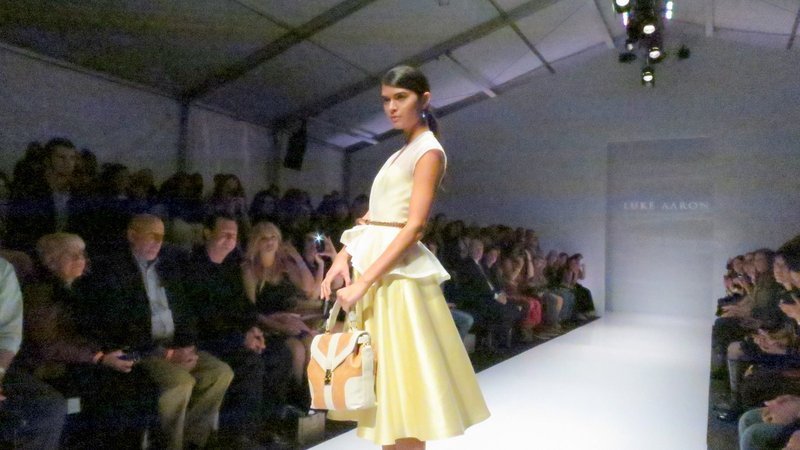 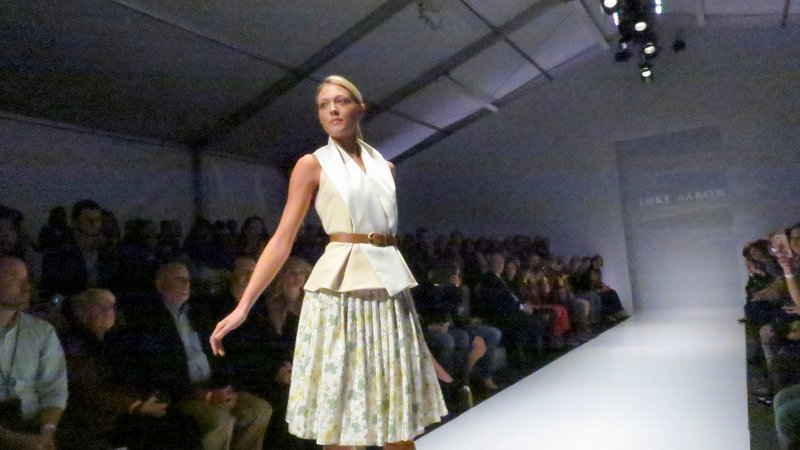