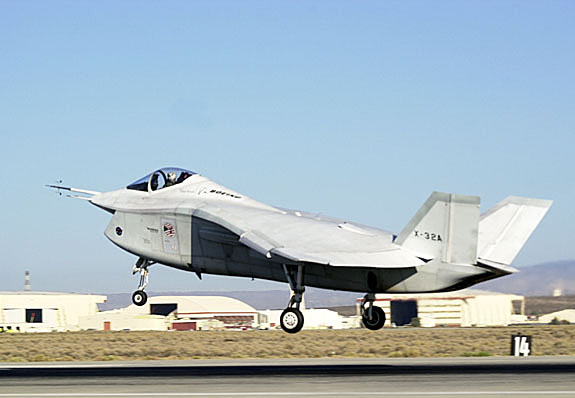 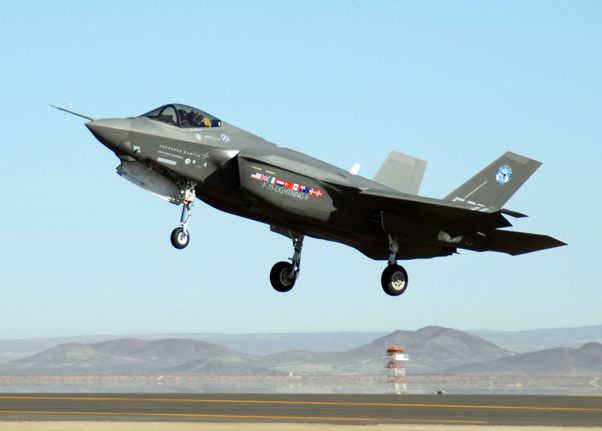 Here's the Lockheed F-35. This was the winner. And it looks right. Turns out it was a great design.
I love mechanical design. And I love airplanes. I learned to fly with my Dad, starting when I was 14. By then, I was hooked on flying. I solo'd at 16, got my license at 17, and an instrument rating at 18. Even before these teen years, I was obsessed with airplanes, and to this day, my favorite analogies involve airplanes and flying.
For this post, I'll illustrate the point that we have an amazing ability to sense when things look right, and when they don't. I'll use two airplanes where there was a "flyoff" -- a competition between to designs made for exactly the same purpose. The first, is the the most expensive airplane program in history, the Joint Strike Fighter. It was Boeing's F-32 vs Lockheed's F-35. 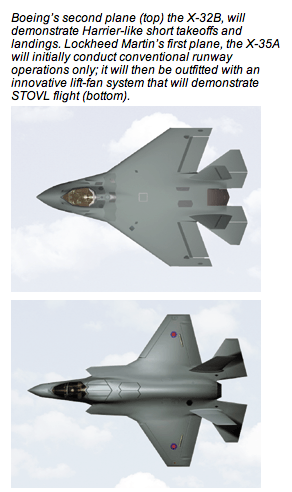 Even looking at the top view, something just doesn't seem right about the F-32 on the top. It just seems like the wing is too bulky, too fat. 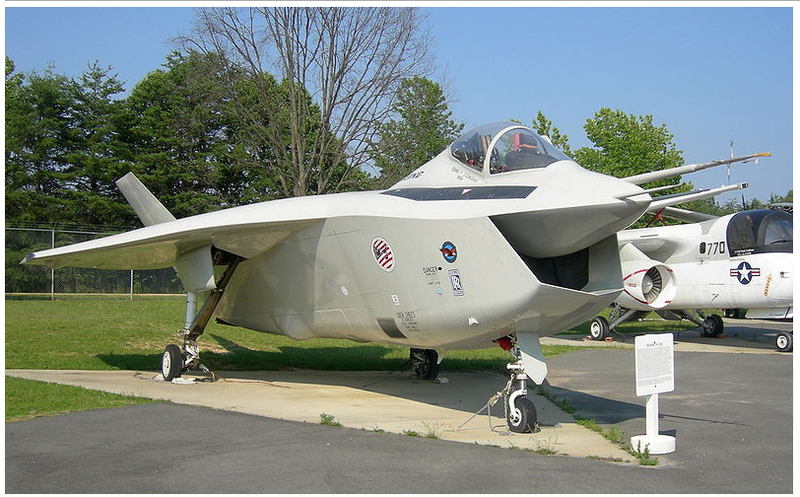 This is the F-32, parked at a museum. Tell me that looks don't matter. But more than that, don't you just get the feeling that something isn't right about this fighter plane? 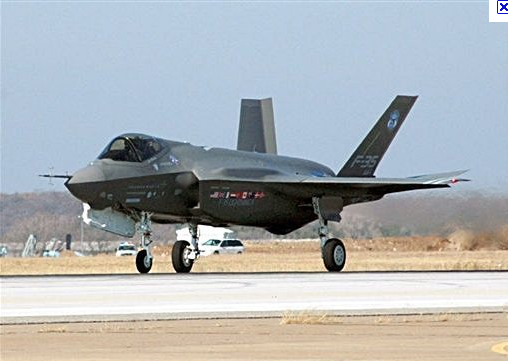 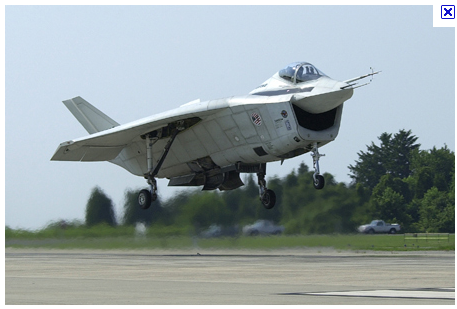 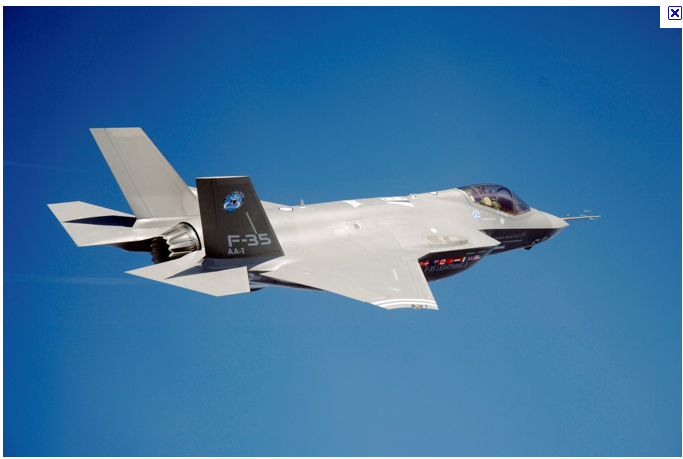 F-35 from Lockheed
This video of the Marine's F-35B vertical take off variant of the Joint Strike Fighter. Lockheed actually managed to make one basic aircraft fulfill three roles: land-based for the Air Force, carrier-based for the Navy, and vertical/short takeoff for the Marines. If you love airplanes, watch this 15-second video. You'll see the first supersonic jet in history that can take off and land vertically.
http://bloom.bg/oNSHfb
The F-35B program has had many technical challenges, and this report from Bloomberg News shows the latest sea trials of the Marine's version of the JSF. 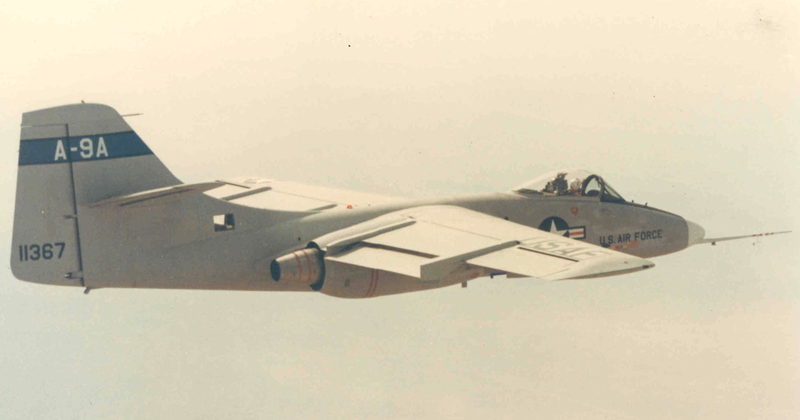 The A-9 in flight.
My second example compares the winning A-10 from Fairchild vs the Northrop A-9. This program began in 1967, and test flights began in 1972. In this case the airplane's role is different. Essentially, these planes are "flying tanks" that support ground troops. They literally need to be bullet-proof, and withstand heavy fire from the ground. 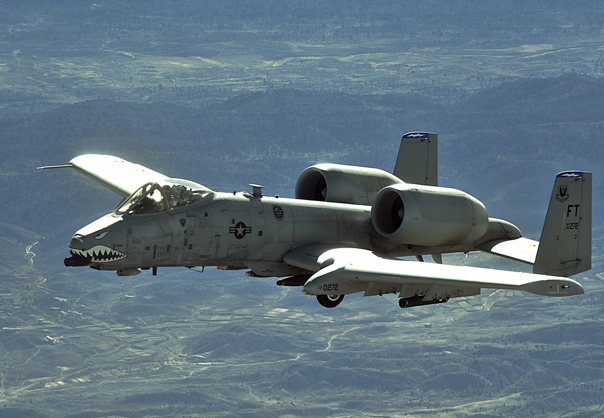 The Fairchild A-10 Thunderbolt (also called the "Warthog")
In this case, neither aircraft looks beautiful or sleek. But they're not supposed to. Their mission is to be tough and unstoppable. If you were on the ground, and were under attack and needed help, which of this puppies would you want to call in? 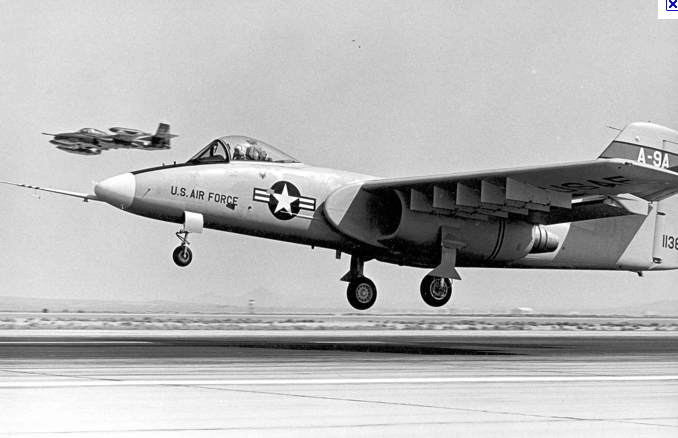 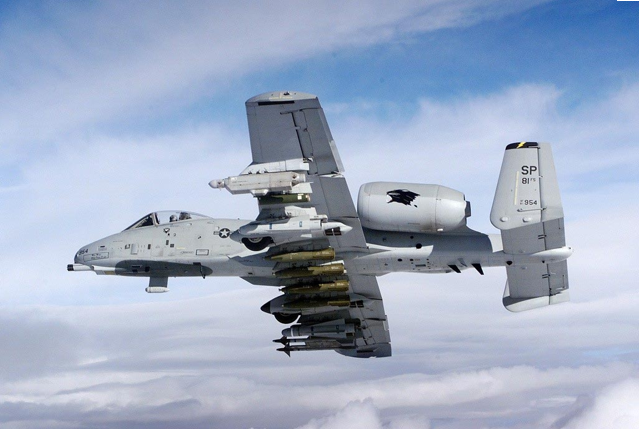 The A-10 (Okay, this is unfair because this picture shows it loaded with weapons. But still) 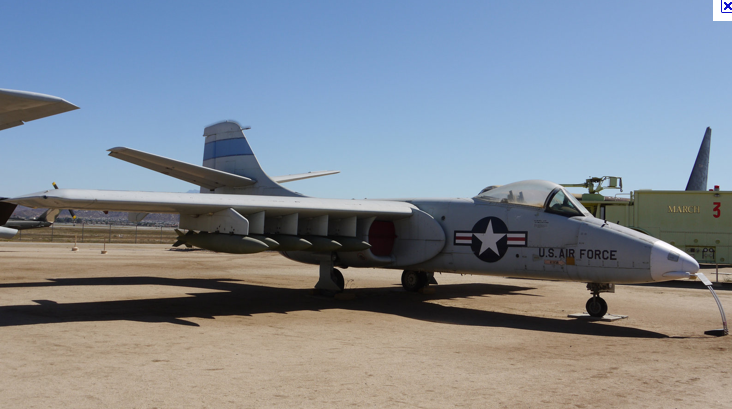 Oh wait. This one of the A-9 does have weapons. Who you gonna call? 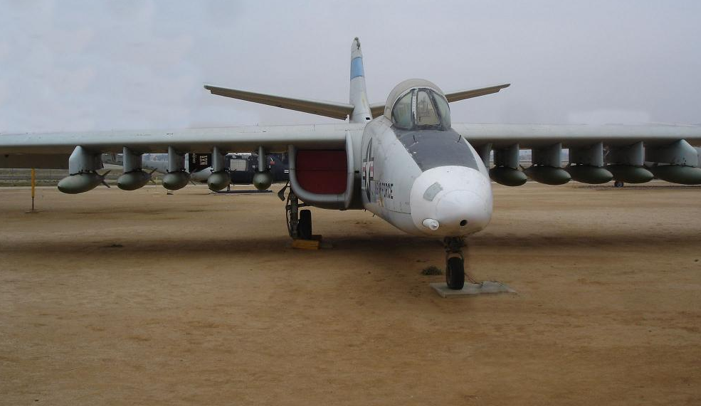 Same here. I rest my case. The A-10 not only was a better design. It looked right for the part. 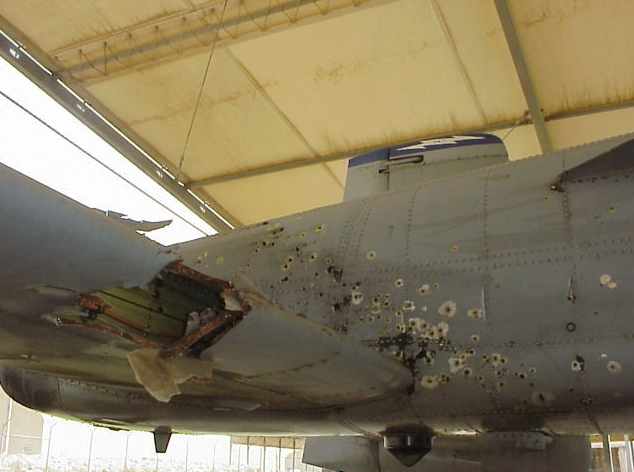 Epilog: The A-10 Thunderbolt joined the Air Force in 1977, and is still in service today. It is planned to remain in service until at least 2028. The A-10 aircraft above saw service in Iraq. It landed safely after encountering heavy fire over Bagdad.