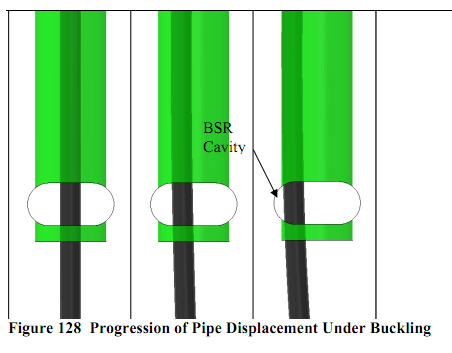 What caused the Gulf Oil Spill? A metal coupler on the drill pipe got caught in part of the blow-out preventer. Then the well blowout buckled the drill pipe and moved it way off center. The Blind Shear Ram (BSR) closed, (as it was supposed to) but jammed because part of the the pipe was outside the blades. (my summary)
The US Government has released its 180-page forensic report performed (and 350-page appendix) on the Deepwater Horizon's blow-out preventer, the device that was supposed to seal off the well in the event of a disaster.
The report's simple conclusion is quite a shock: (report quote)
A portion of the pipe cross section was outside of the intended Blind Shear Ram shearing surfaces and would not have sheared as intended. As the BSRs closed, a portion of the drill pipe cross section became trapped between the ram block faces, preventing the blocks from fully closing and sealing. 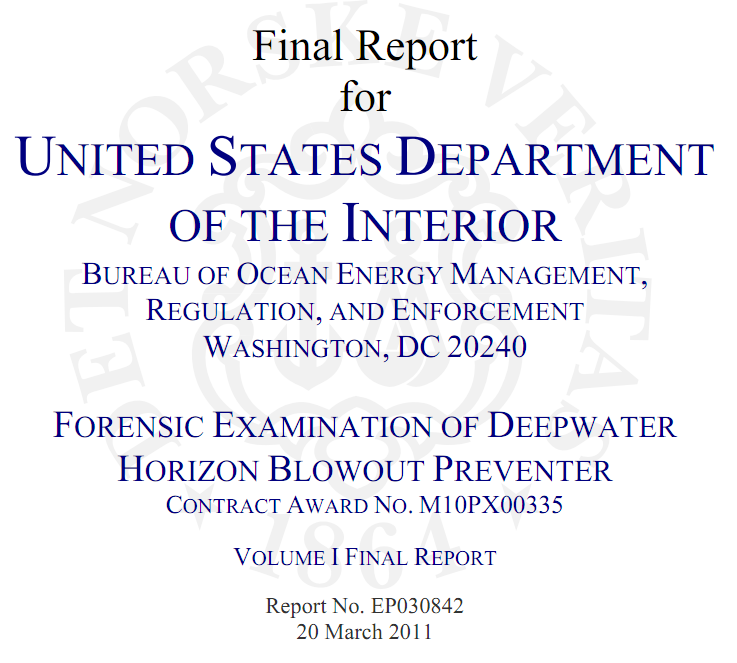 The report is extremely detailed, but the conclusions are very simple. 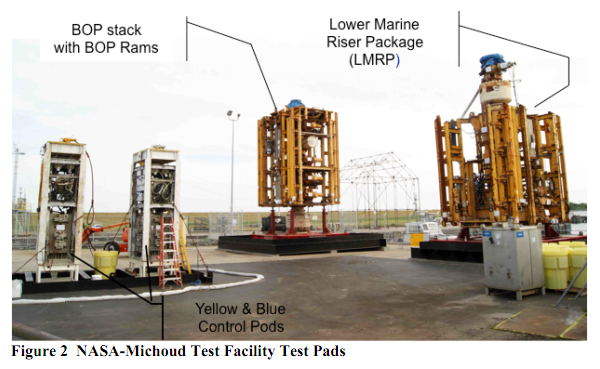 The Blow Out Preventer (center) and the Lower Marine Riser Package (right) on the tarmac before the test facility building was constructed to house them. On the sea floor, these two devices were stacked one on top of the other.
[click to play the animation]
Interestingly, this CNN animation and discussion during the crisis outlined two key ways that the BOP could fail: 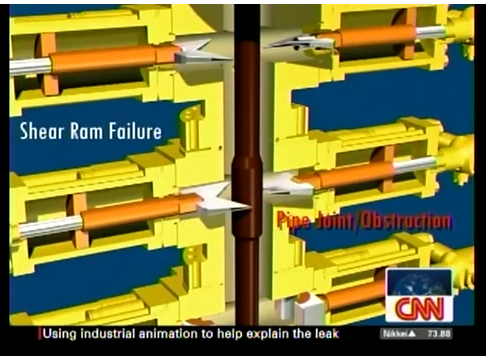 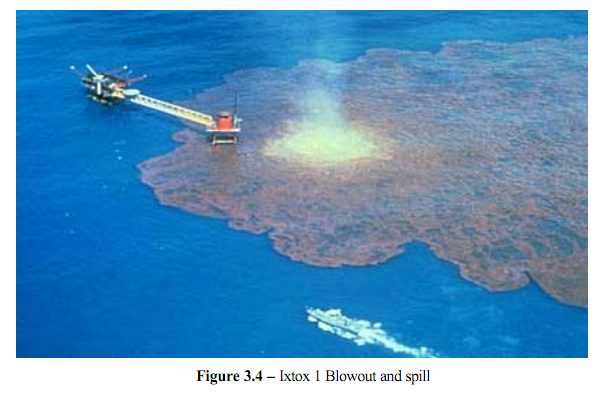 The Ixtox 1 oil spill in 1979 was the worst spill ever (except for the 1991 deliberate spill in the Iraq War). It was caused by a coupler (or drill collar) being in the way when the shear ram closed. Excerpt from a 2004 US Government study:
As in other disasters, multiple issues occurred and wrong directions were taken, but the shear rams were activated at one point and did fail to shear. Reportedly, they were pulling the drill string too quickly without proper fluid replacement and the well started coming in. They had no choice but to close the  shear rams; unfortunately, drill collars were in the stack and shearing failed. 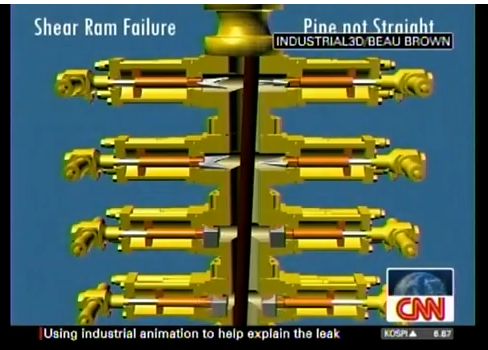 The other possibility that the expert showed in the animation was if the drill pipe was off center when the ram closed. And that's exactly what happened in the Deepwater Horizon BOP. 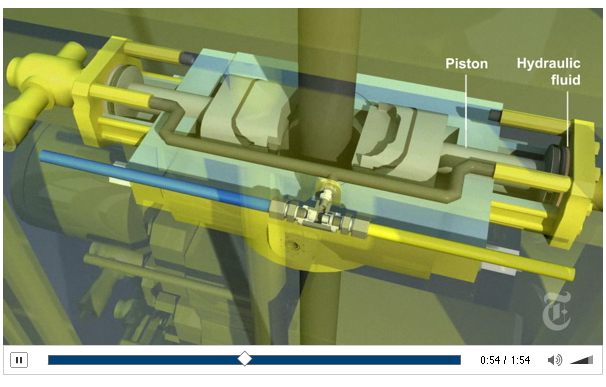 This animation from the NY Times shows a more accurate model of the actual unit used on the Deepwater Horizon. But note the drillpipe size. This animation shows it much larger than it really is (5" in reality) 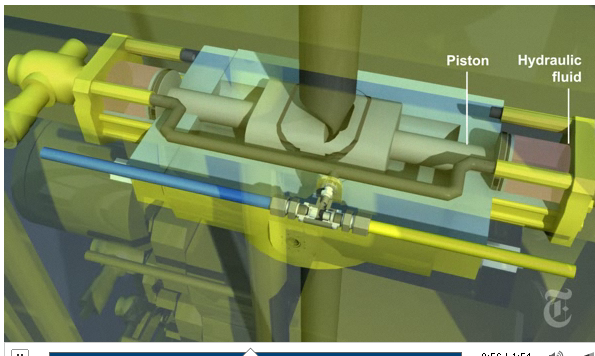 The Blind Shear Ram is part of a blow out preventer made by Cameron International, the firm that originally invented the blow-out preventer for land-based oil wells. 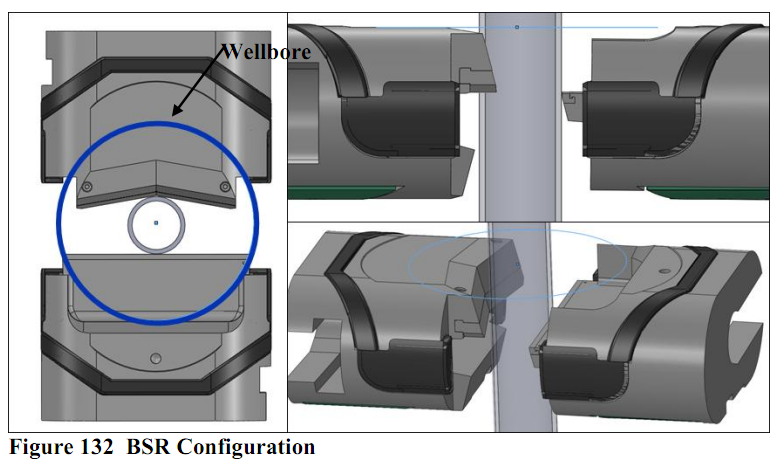 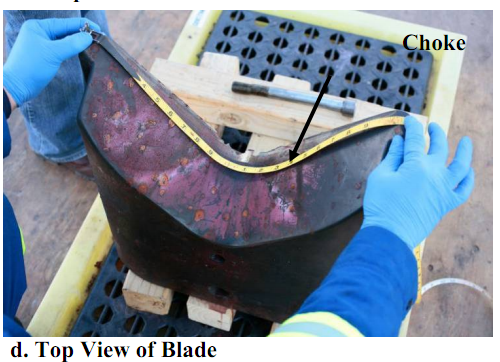 This shows one of the removed blades of the blind shear ram. The pipe was supposed to be in the center of the blade, but in fact it was all the way to one side, near the the technician's blue gloves. 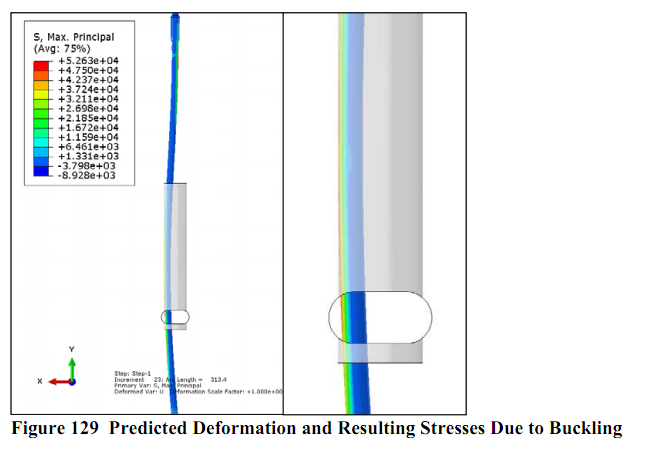 This simulation from the report shows how the drill pipe could buckle and move to the extreme edge of the wellbore.
Summary
It seems that one of at least two known failure modes is what happened in the Deepwater Horizon. With the drillpipe off-center, even if there had been two blind shear rams, it seems that both would have failed. The Deepwater Horizon itself was a $500 million ship that could maintain its position directly over the well using GPS and highly accurate thrusters. And yet, the most crucial piece of equipment needed to prevent a blowout was known not to be able to close in an emergency if a drill coupler was in the way of the blind shear ram, or if the drill pipe had moved off center.
I find it just unthinkable that engineers could design such a system. Imagine an airplane designer saying "If we lose one engine, the plane will be lost." (Equivalent: coupler is in the way during emergency activation of blind shear ram). Or... "If we lose two engines the plane will be lost" (Equivalent: drill pipe off center, and even two blind shear rams will fail)
And what would the blow-out preventer folks say in the airplane equivalent: "what if we lose all the engines?" In an airplane, the answer is: From 40,000 feet, you can glide over 100 miles, find an airfield and land with no power. (Its been done many times!) And yet, in the two worst spills in this article, the last line of defense, the blow out preventer's blind shear ram fails in simple, known ways that could have been prevented with better design.
I just don't understand how these kind of designs make it to the sea floor. Are airplane engineers that different from blow-out preventer engineers? I doubt it. But maybe airplane engineers all know that their own children will one day fly on the aircraft they design. Perhaps because they are on their way to help with one of the worst oil spills in history.
Appendix & Links 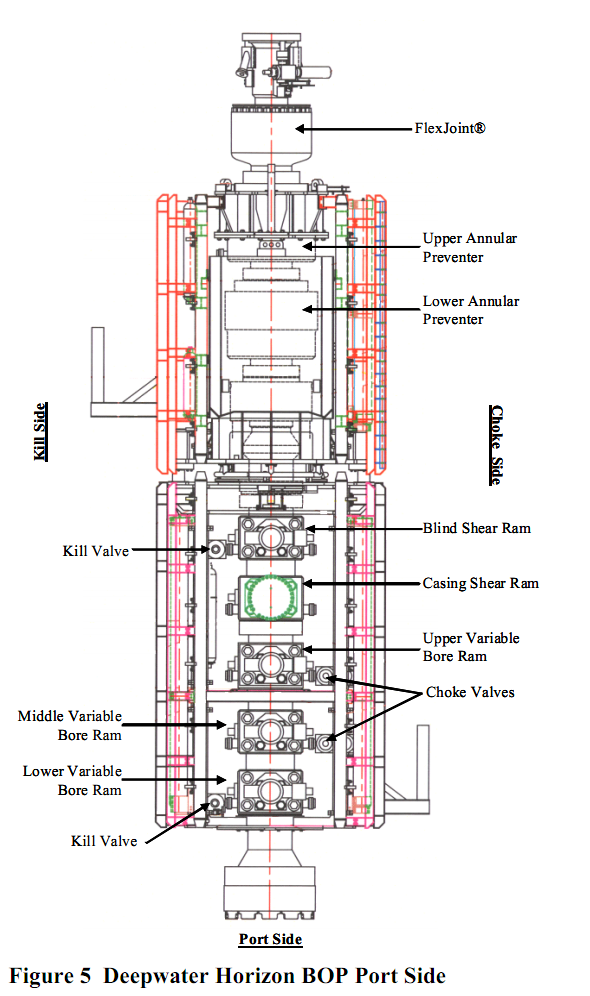