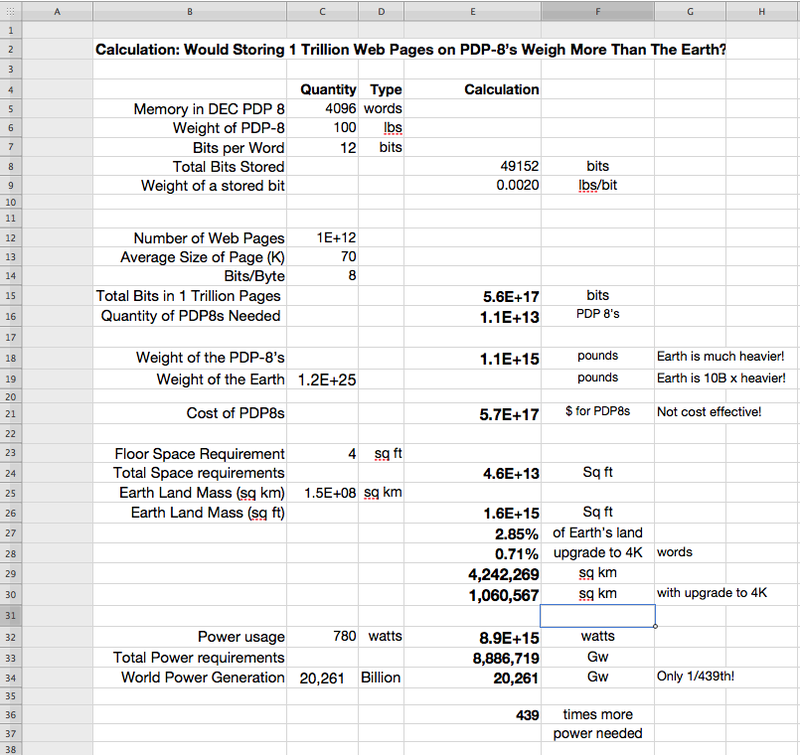 A couple days ago, I wrote about why Twitter fascinates me and makes me feel bad at the same time. In that post I talked about how age affects how we use tools like Twitter, and I gave an example that mentioned using a PDP-8 minicomputer during my engineering school days in the late 1970's.
I also found out that as of 2008, Google was indexing one trillion web pages. This led me to wonder: Would it take more than the mass of the Earth if we used 4K (word) PDP 8's to store all of the web pages that Google links to? Based on an average size of a web page of 70K (see data sources below), I calculate that it would take 1.14 quadrillion pounds. Luckily, that's 10 orders of magnitude less than the mass of the Earth, or 1 ten-billionth of the Earth's mass. The Earth's mass, (okay,weight if in the gravity of the Earth) is 12 septillion pounds (approximately...apparently the Earth is gaining weight from space dust each day.)
So, while Earth could handle the weight of PDP8s pretty easily, the cost would be $600 quadrillion, a figure well beyond the means of our planet. We'd also have a serious issue with power. At 780 watts for each machine, and a mere 11 trillion machines needed, our 1,100 trillion pound data center would  require 8.8 million gigawatts. Alas, in 2008, our entire planet  generated just 20,261 of those gigawatts, leaving us 439x short.
There is hope, however. The PDP8e could have 32K words of memory, so if we upgraded to that, we'd cut our power needs to just 2.2 million gigawatts,  (within a factor of 100x of world power) and our data center would only weigh about 275 trillion pounds. While our base machines would take up 2.85% our land mass, with the upgrade, we'd fit our data center in just 0.7% of the world's land mass. Without the upgrade, we would take up 25% more than the area of India. But with the upgrade, we'd fit almost perfectly in Egypt, leaving a few square kilometers for parking. 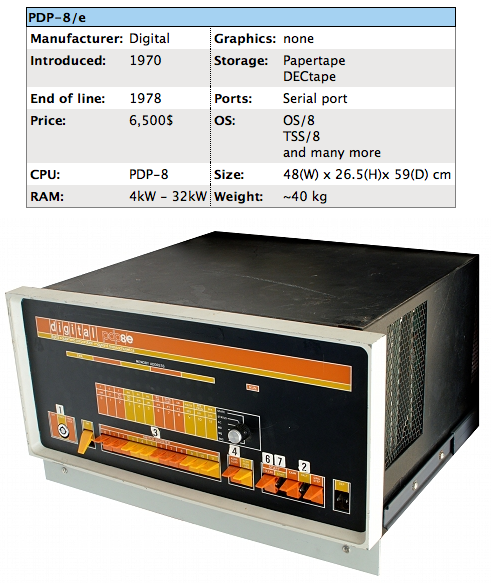 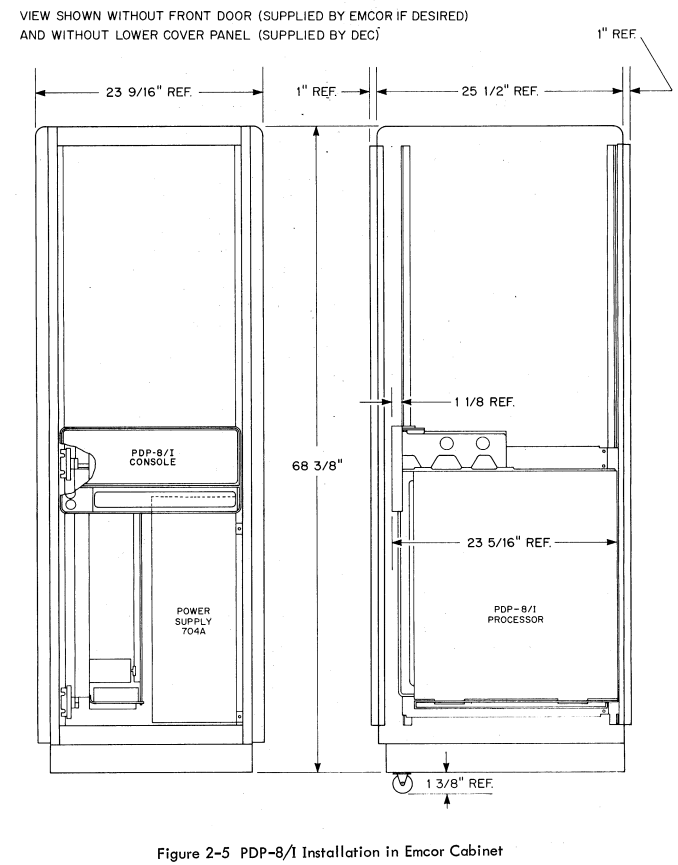