I spoke at the Silicon Valley Bank's CEO Summit today at the Microsoft Nerd Center. They asked us to talk about defining moments, so I relayed a story about a key moment in the creation of the Avid Media Composer. Even though this is a video, it's just the audio track with a few photos, so go ahead and turn it on while you do something else. This blog post doesn't reveal the story. 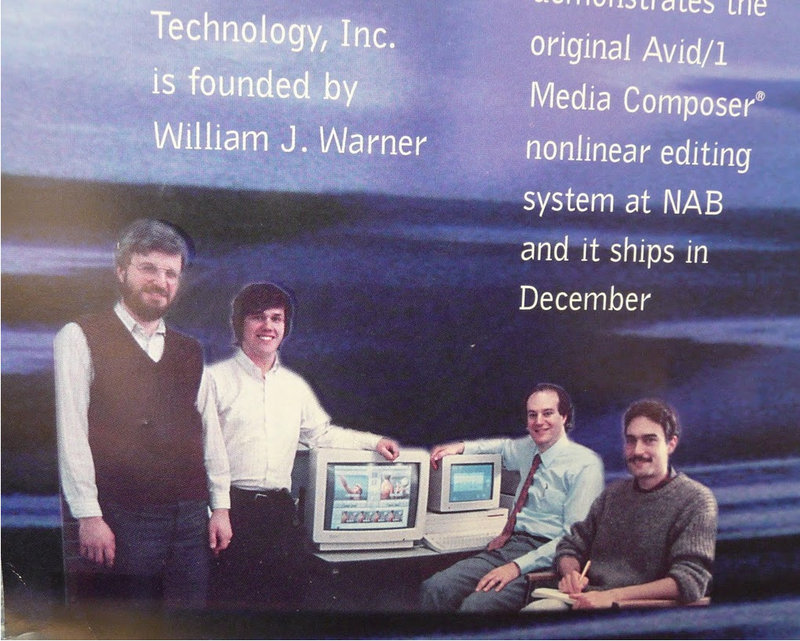 In 1997, Avid made a poster commemorating its 10th anniversary. They found this old photo of the four earliest employees of Avid. Left to right is Eric Peters, Jeff Bedell, me, and Joe Rice. Joe plays a prominent role in the story I told. 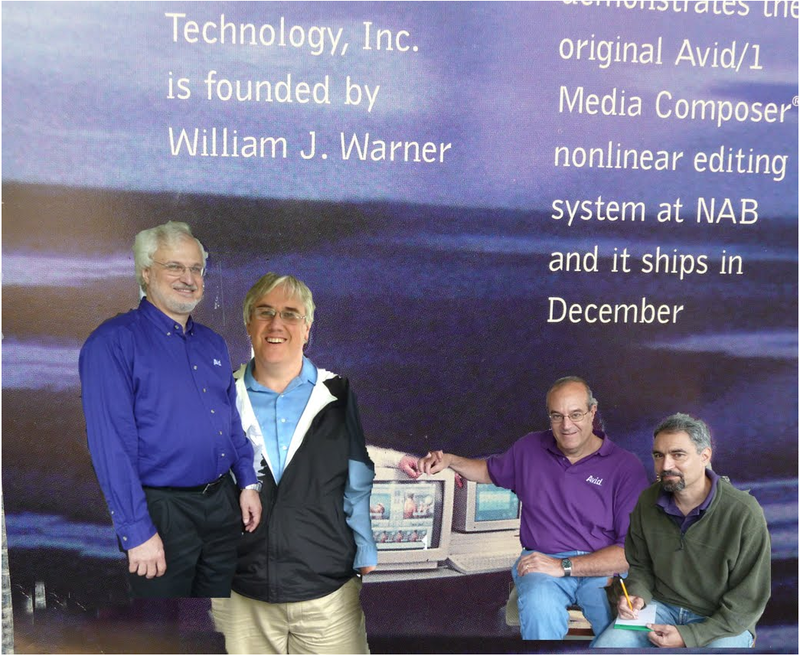 Recently, Joe held a party at his house and most of the way back Avid crowd was there. Mark Overington was there, and informed me that he took the original photo from the 1997 poster. So we decided to re-create it, with Mark as photographer once again. Jeff had already left the party, so Scott Glorioso was his stand-in before photoshopping.  Above is my rough Photoshop of the recent version of the four of us. 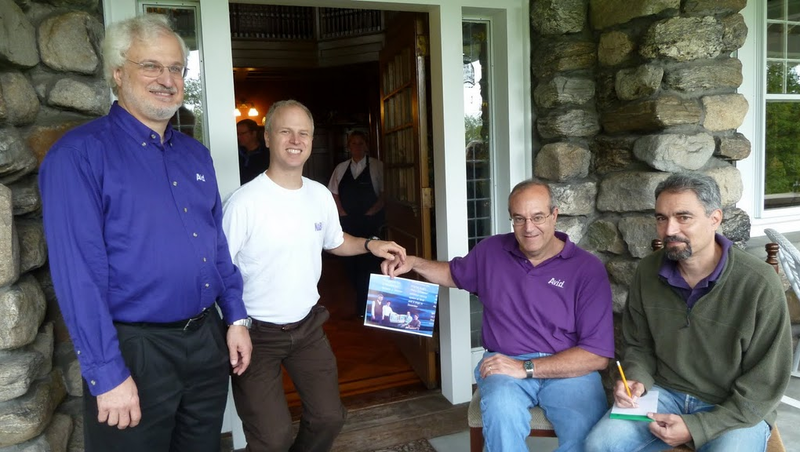 Here's the photo we took recently as the source for the Photoshop work.
In the video, I mention my boss at Apollo, Mike Gallup. I ran into him at an event, and got this interview. The full blog post is here.