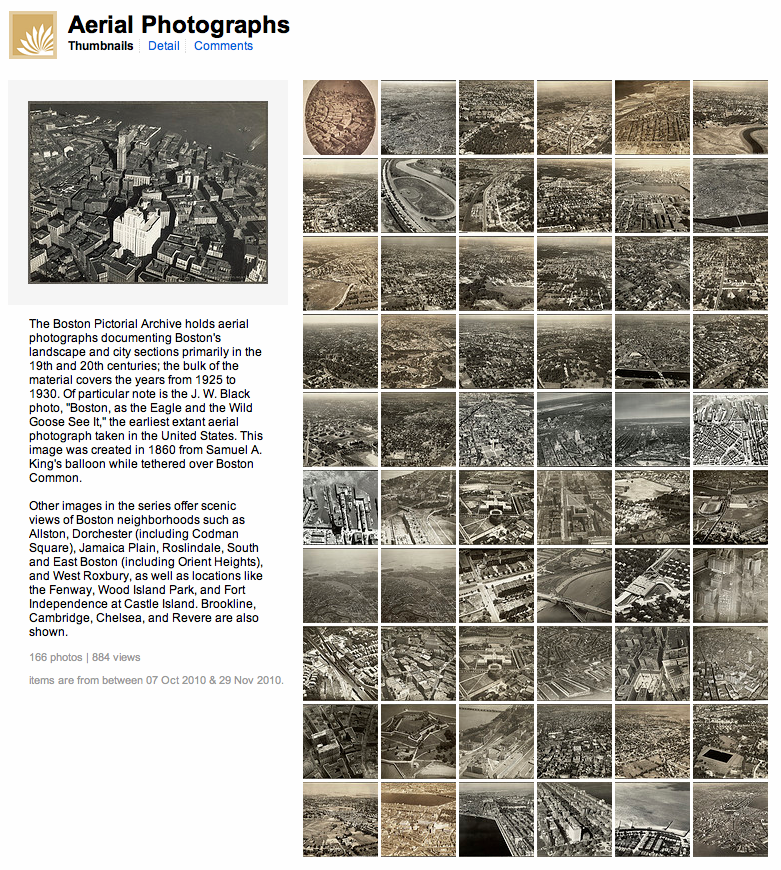 I love aerial photos because they answer so many questions and at the same time cause you to ask new ones. I just came upon this extensive collection of historic Boston Aerials posted by the Boston Public Library. This is just a tiny part of the BPL's online Print Department Collection. 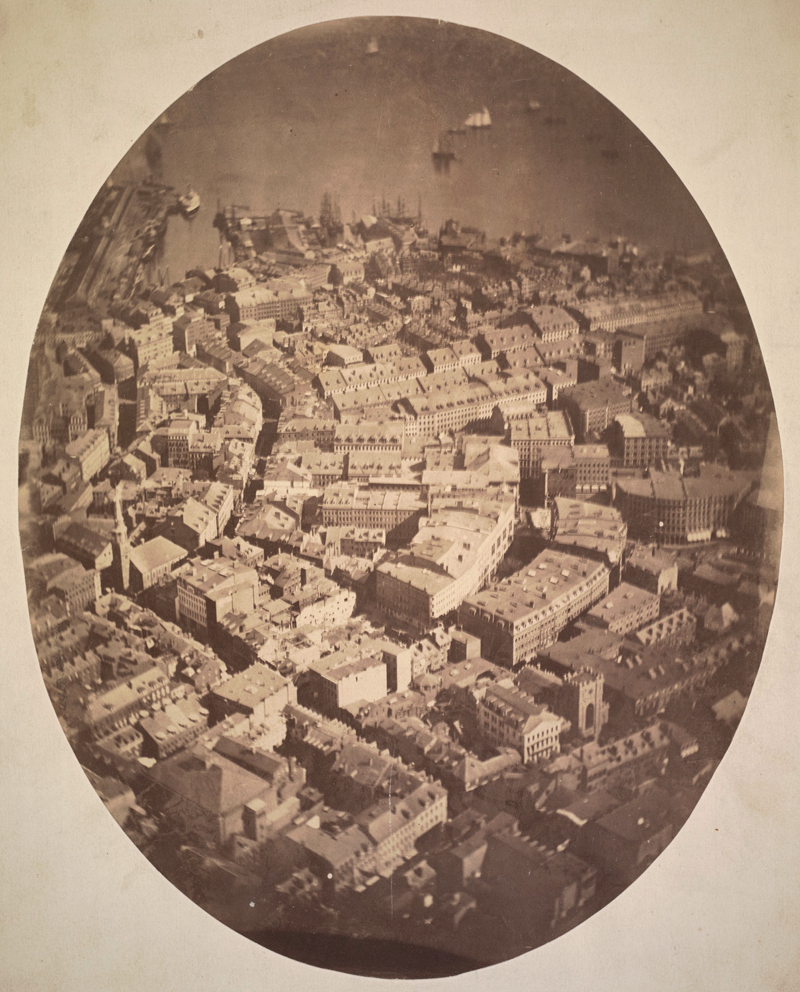 The first one in the collection is the granddaddy of all aerials, taken of downtown Boston in 1860...before the Civil War! 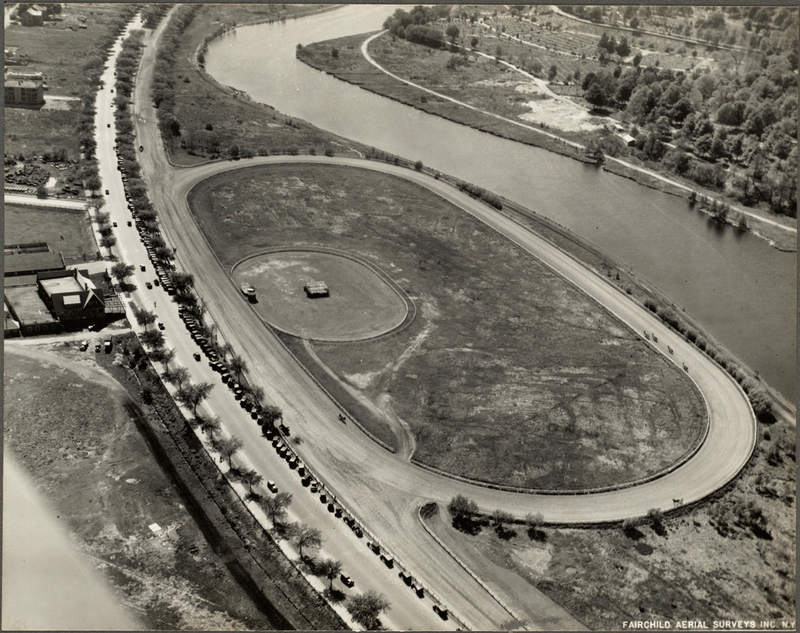 I then started clicking through their collection, and this one seemed odd. A racetrack? In Allston? Can you believe that Soldiers Field Road had a dirt track that parallels today's road, as well as an oval track? This photo shows something I never knew existed: The Charles River Speedway 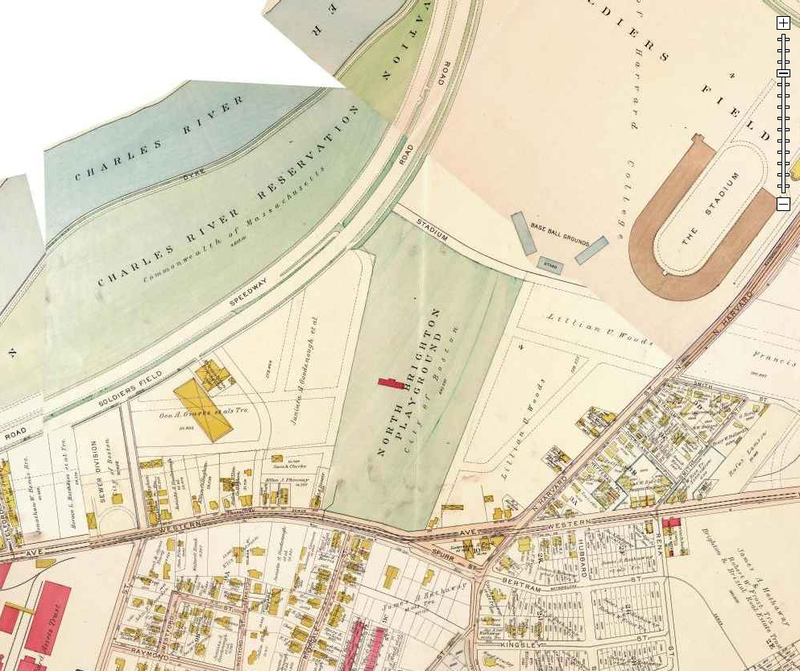 Here's the 1925 Map of the area. The Speedway is the dirt road we see in the above photograph. The oval isn't shown, but the speedway itself goes quite a distance. Click this and any of the photos to see a bigger view.

And here is another BPL Photo showing horses being exercised there. 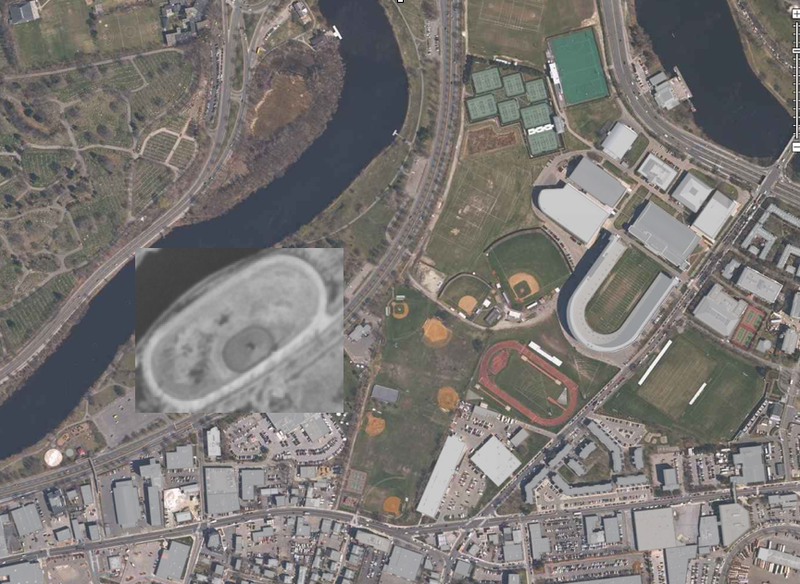 This 2005 aerial shows the surrounding area, with the Speedway shown in b&w from a 1938 USGS aerial photo. The Speedway used to be where a giant parking lot is today, along with a small theatre. 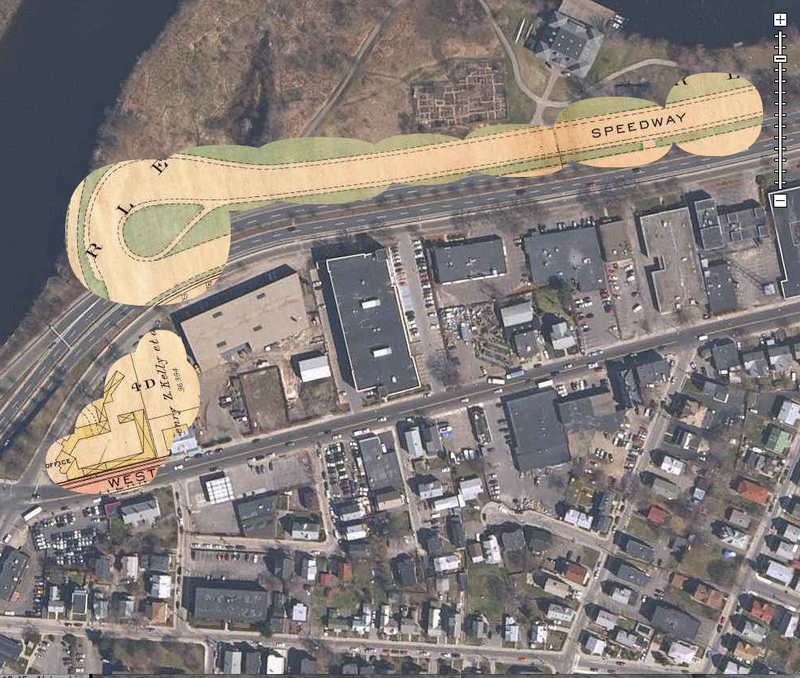 The speedway was parallel to Soldiers Field Road. The buildings in the lower left are still there. Back then they were the Speedway Administration Building. Later, they were taken over and became the MDC Police Station. Now they are vacant. 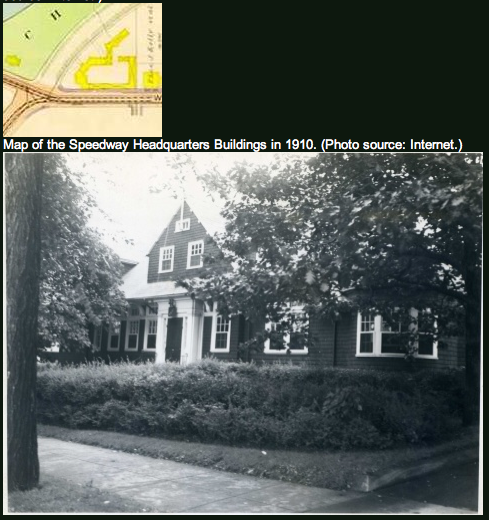 This 1910 photo is from the MDC Police website. Read more about the Speedway and these last buildings in this book.
View Larger Map
In this Google Street View, (Its live, click in the photo above and move around!) you can see that the Speedway Buildings have been spared the wrecking ball, but they are right now being left to deteriorate. Why can they put a great sign up telling about the history of this building? Before I started this post, I just thought it was an old MDC police station that had seen better days and would soon be torn down. 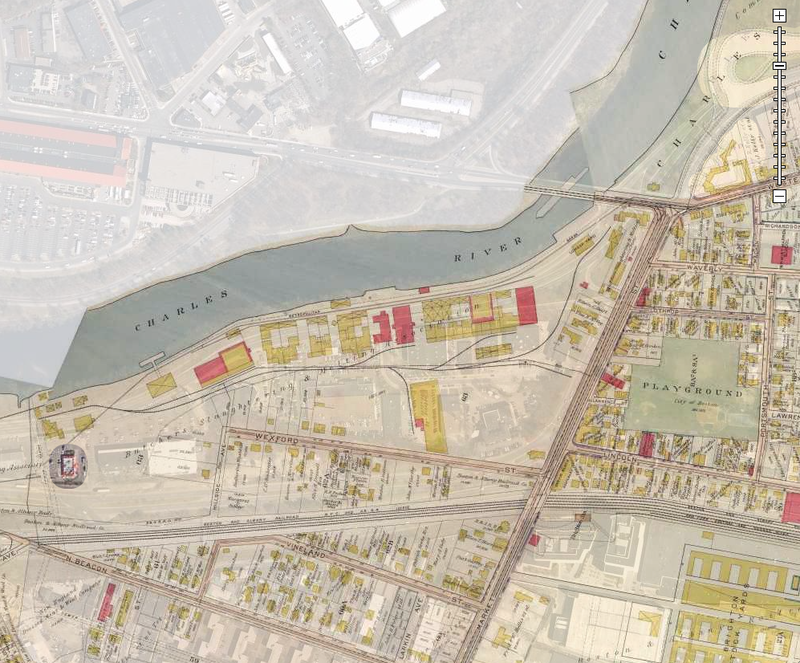 And what about the horse racing in front of MacDonald's? Well, the horses got close but they didn't actually get that far. (The Speedway is in upper right, MacDonalds in lower left) And I think they'd be pleased. This map shows that the spot where MacDonalds is today was an enormous slaughterhouse run by the firm called Butchers Slaughtering and Melting Association. You know the restaurant in Brighton called the Stockyard? That's not some cute name. That's where the cattle gathered before they were monetized on the banks of the Charles.