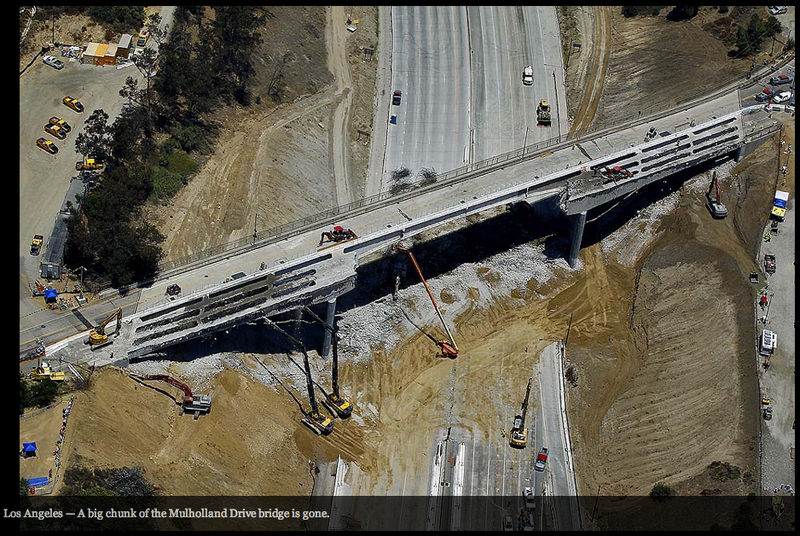 Photo credit: LA Times
This weekend, the I-405 in Los Angeles was closed for some 50 hours (Dubbed "Carmageddon" in the press) in order tear down half of the Mullholland Overpass that was built in the 1950's. As you can see, the project involved dropping lots of the debris on the highway; thus the closure.
Take a look at this time lapse and you'll see what really went on. Lots of jackhammers mounted on cranes that just chewed away at the bridge for hours and hours. The roadway had already been removed. This project was to eliminate the bridge structure and its pillars. (note: click on the photos for a bigger picture.) 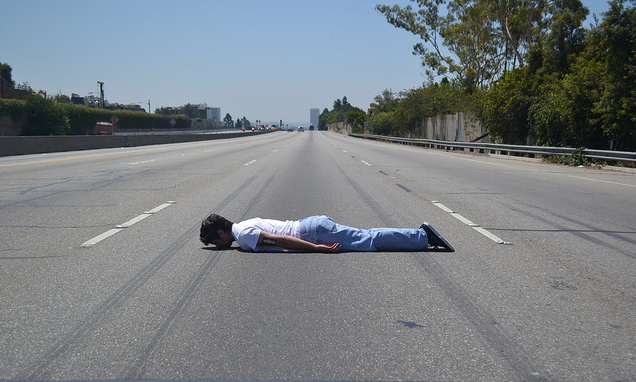 Photo credit: Stephen Estes
With the highway closed for the project, Steven Estes took a nap on the roadway. 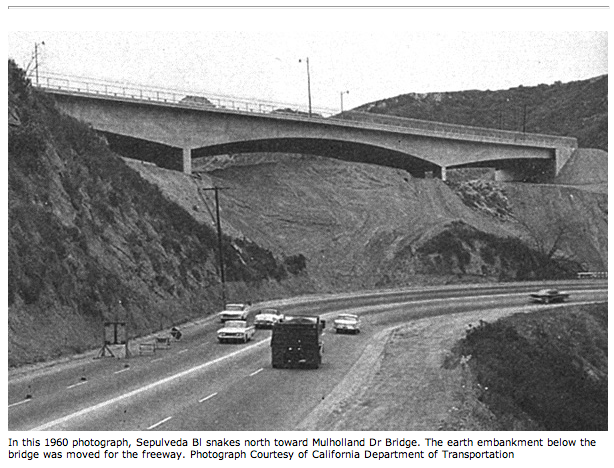 Photo credit: CalTrans
Interesting that the bridge was built right on top of the mountain, and then the hill was removed to expose the bridge. 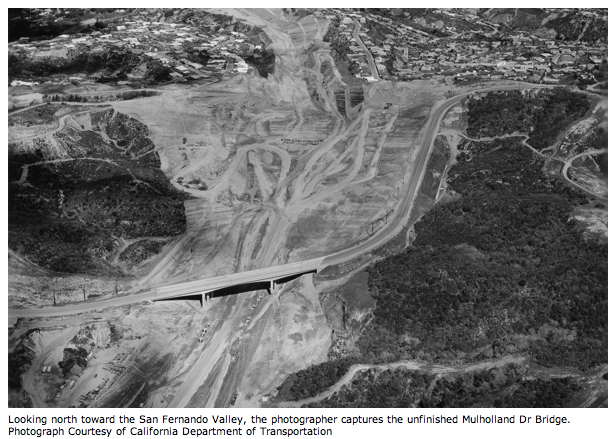 Photo credit: CalTrans
The 405 without cars, because the 405 was only dirt.
A great animated movie showing Los Angeles without cars. Hmmm. Like boat without barnacles, or....
Because the 405 connects LA with Burbank, Jet Blue ran a promotion where they would fly you from LAX to Burbank. Some cyclists thought... hmmm we can beat a jet flying from LAX to Burbank, and they did: http://www.slate.com/id/2299432/?from=rss Cyclists win Jet Blue Challenge 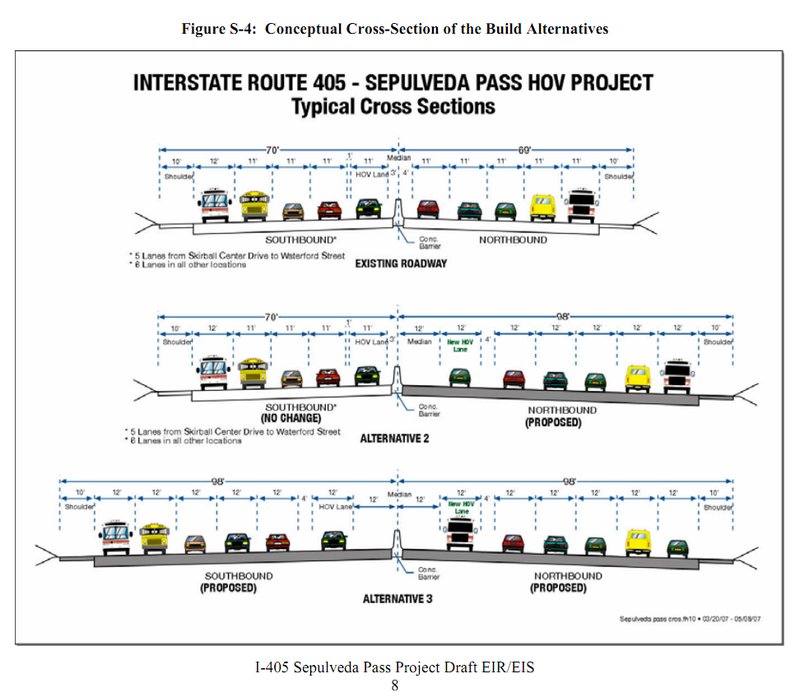 This illustrates what they are planning for the 405. More lanes, of course.
From Draft Environmental Impact Statement (not sure which one they decided on)
Click above to watch Hitler react to the 405 closure.
And below are more photos and lots of links.... 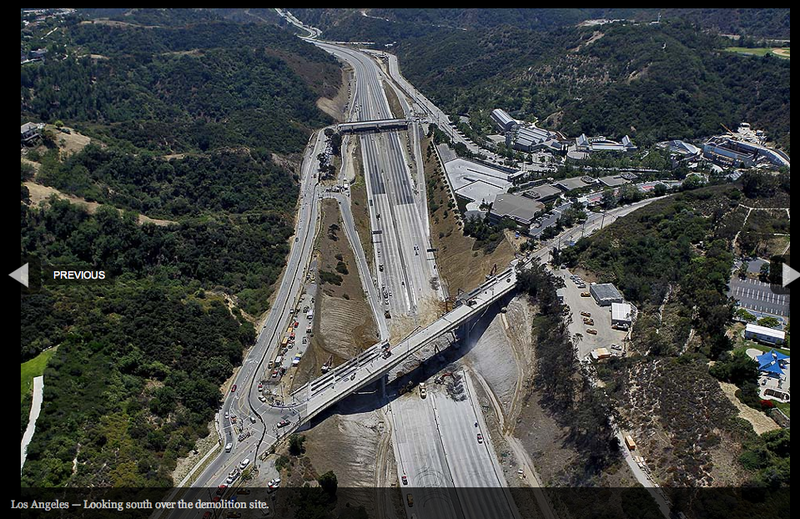 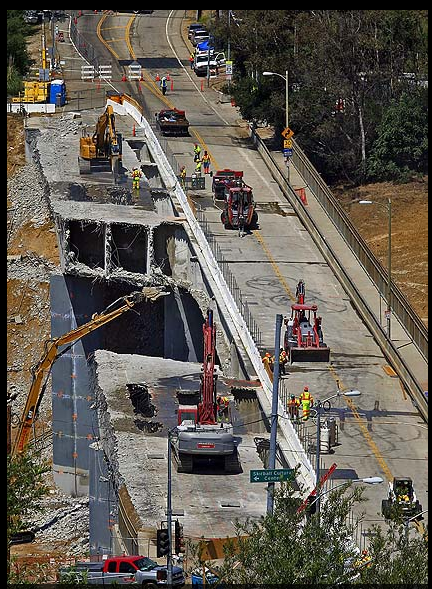 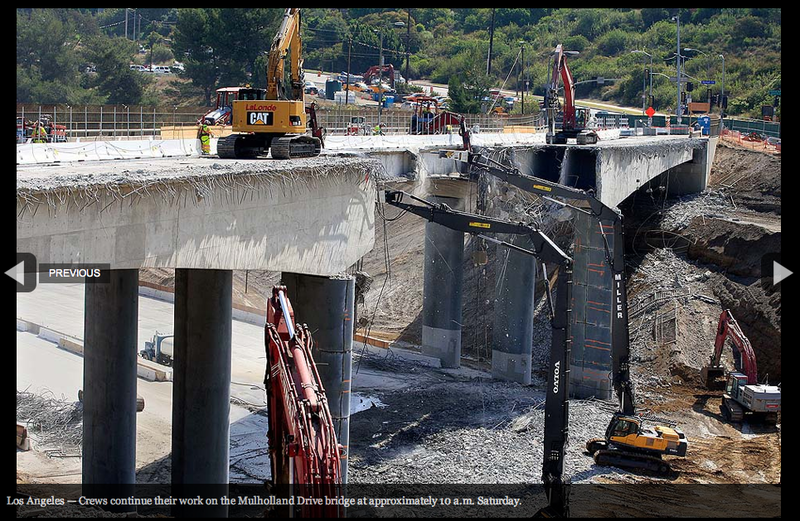 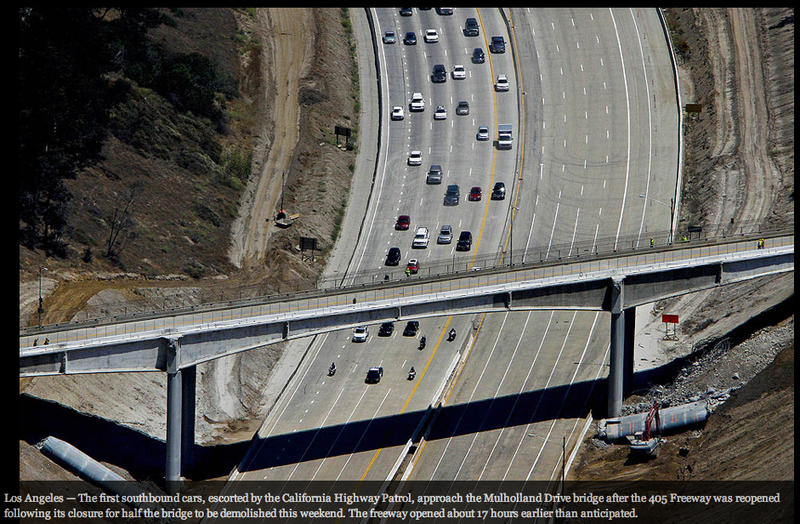 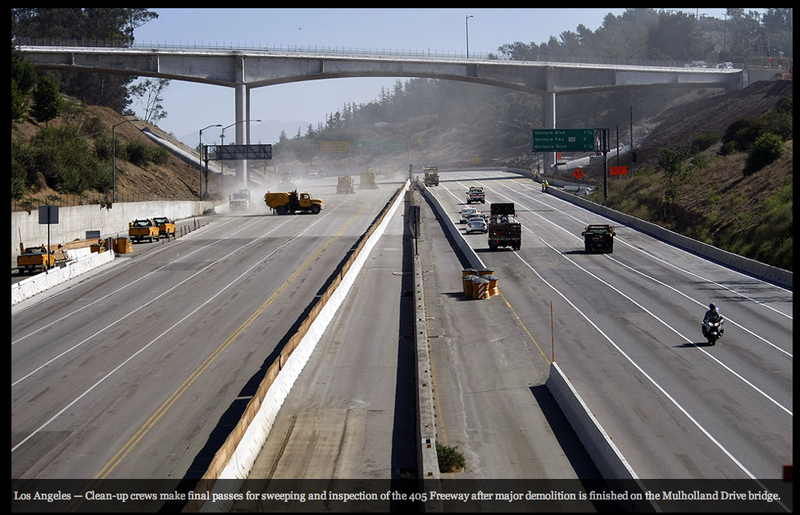 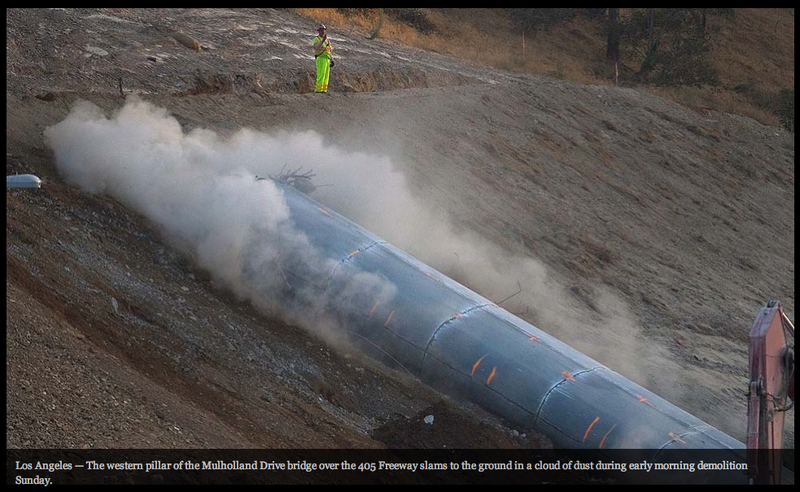 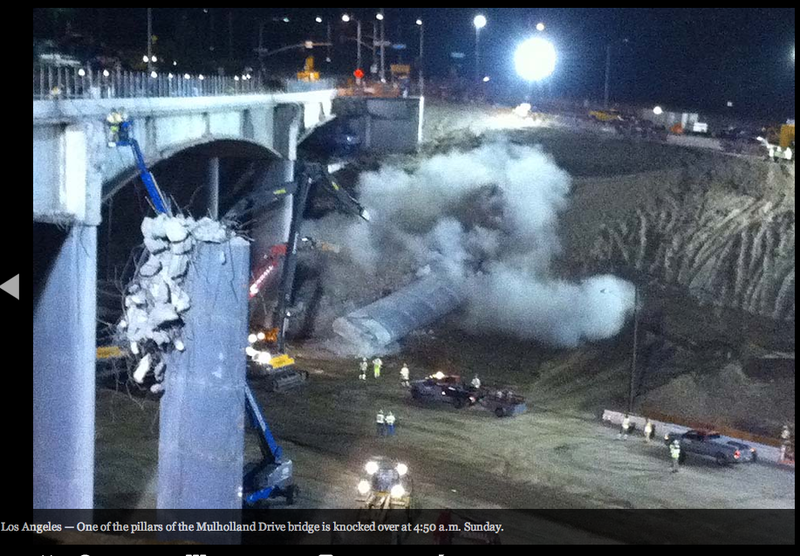 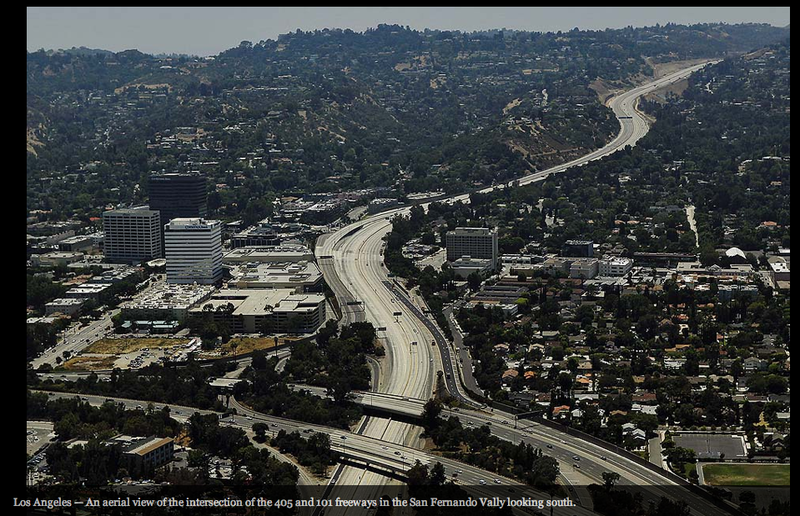