I actually started this look into Boston's past as part of my "railroads and where are they now" series. I had promised a look at three sites that used to be rail yards - the Pru, the Hancock, and Northeastern University. But, as soon as I started to dive into the first site, I just found too much, so this post is only about the site that is now Northeastern University. 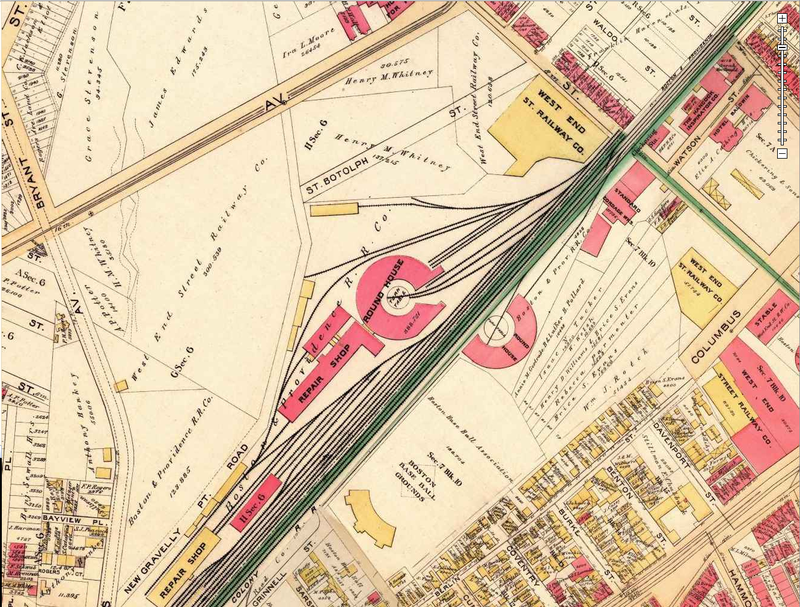 Well, there we are: two roundhouses and a bunch of tracks, right where Northeastern is. 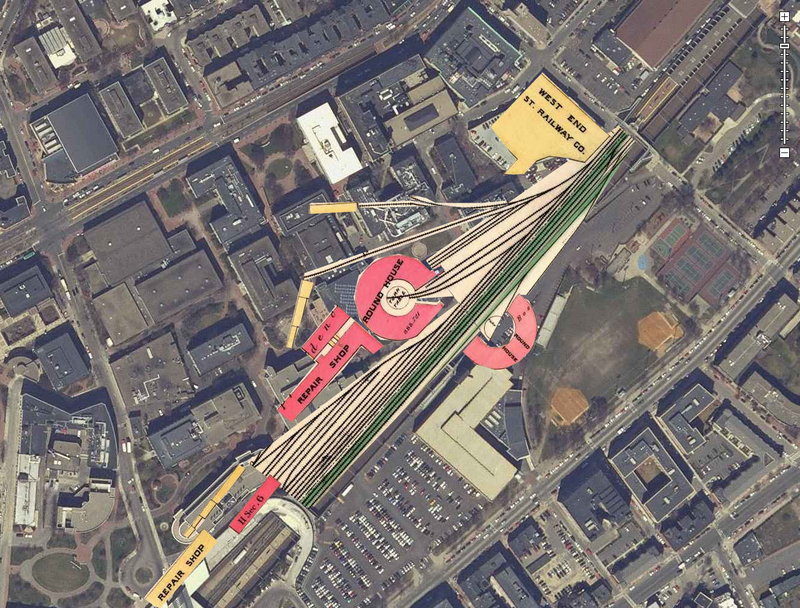 There's Northeastern's main campus, and overlaid on top is the old rail lines and the roundhouses. You can view this map and play with it yourself here. 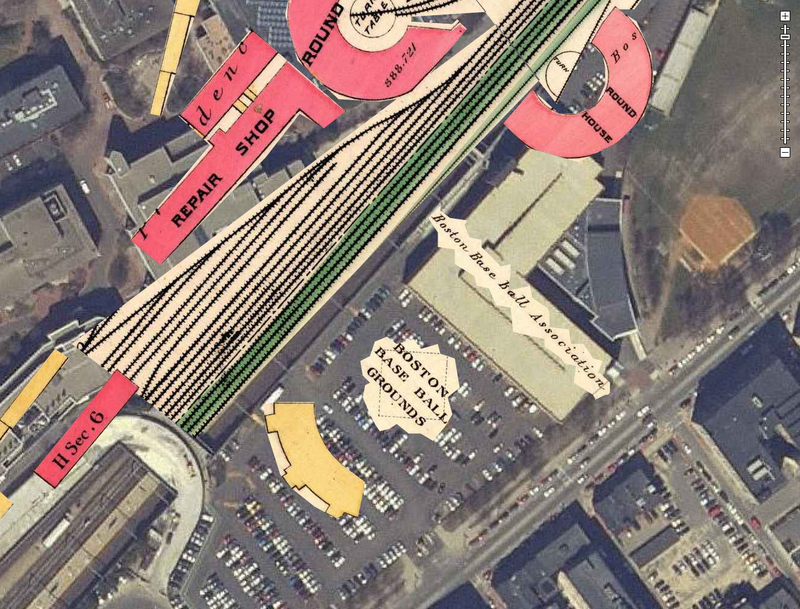 On the other side of the tracks was a major league baseball stadium. 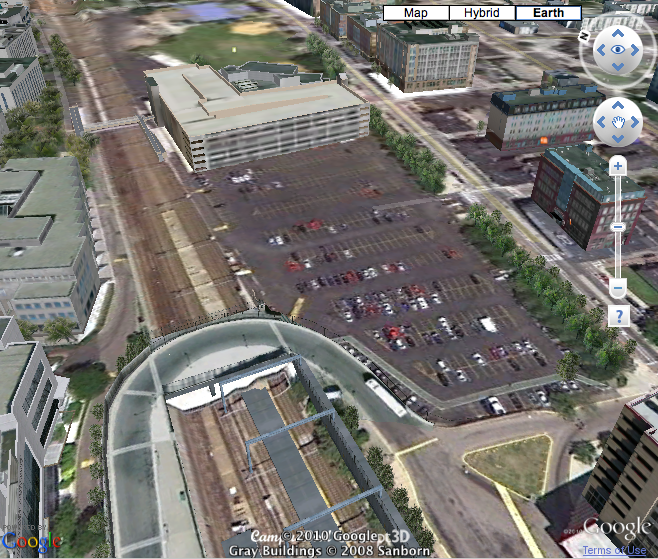 Today, that site is a parking lot, in front of a building...that is...well... a parking garage. Oh, the ignominy of baseball history. 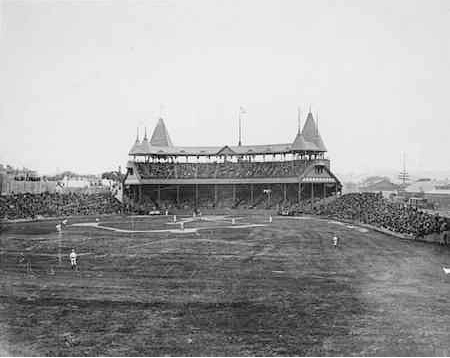 Turns out that what I found was the South End Grounds. This was the home of the Boston Red Stockings, who eventually became...no, not the Red Sox...they became the Boston Braves, who stayed in Boston until the 1950s, then moved to Milwaukee, then to Atlanta. Oh, and by the way, the Braves Stadium that replaced this one called Braves Field and was located were Nickerson Field is at BU today. See this post for more. Okay, so what about the 1903 World Series? 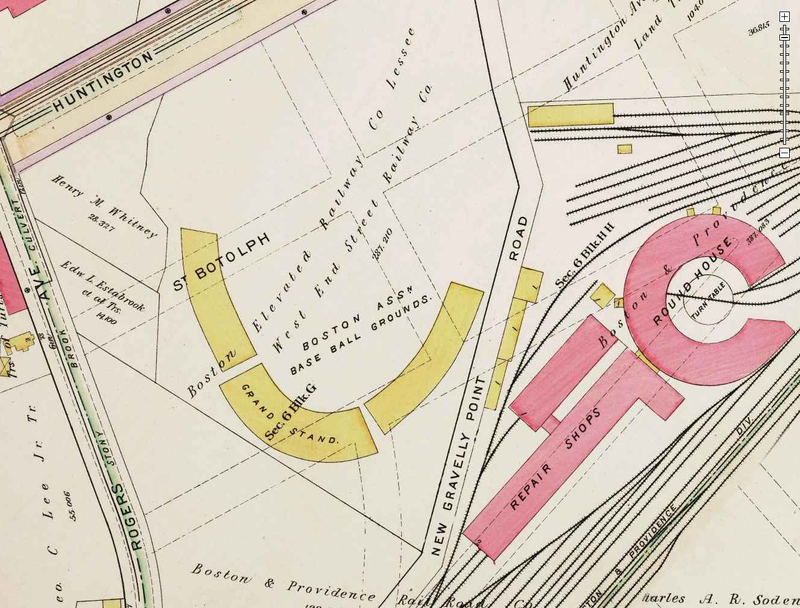 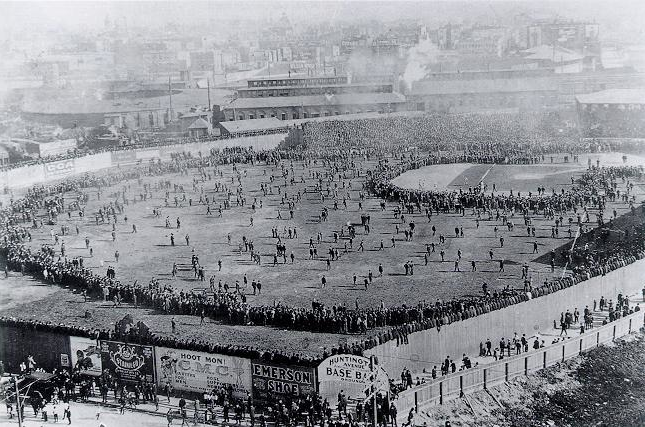 Here's a photo of the 1903 World Series, played at the Huntington Avenue Grounds in Boston. You can see the railroad roundhouse clearly in the background, in the upper left. 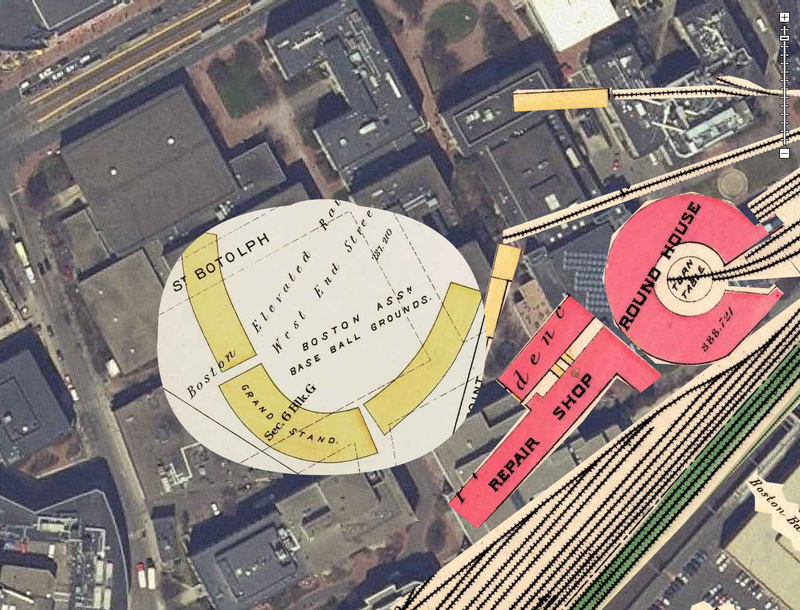 And we can see that the Huntington Avenue Grounds was right in the middle of the Northeastern Campus. (Which was a empty field right next to a railroad yard in the first map...from 1890) The caption in the Wikipedia listing says it was probably taken from the roof of a warehouse across the street. 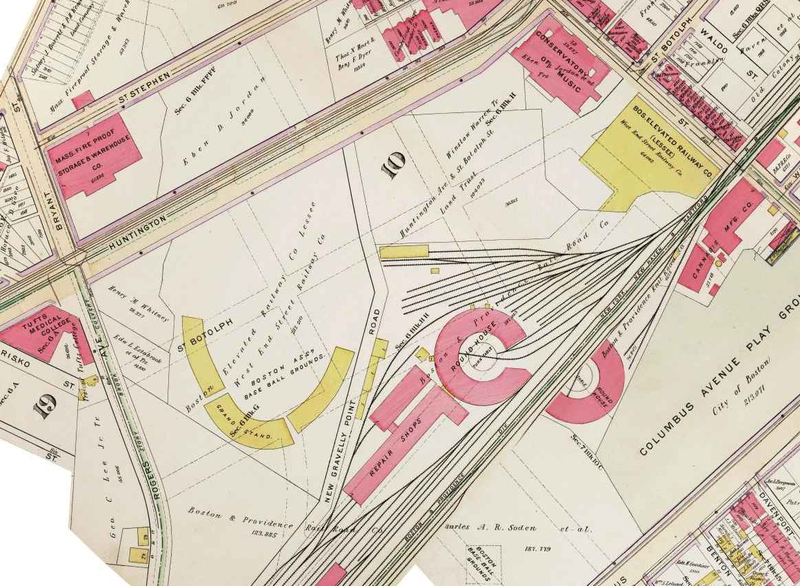 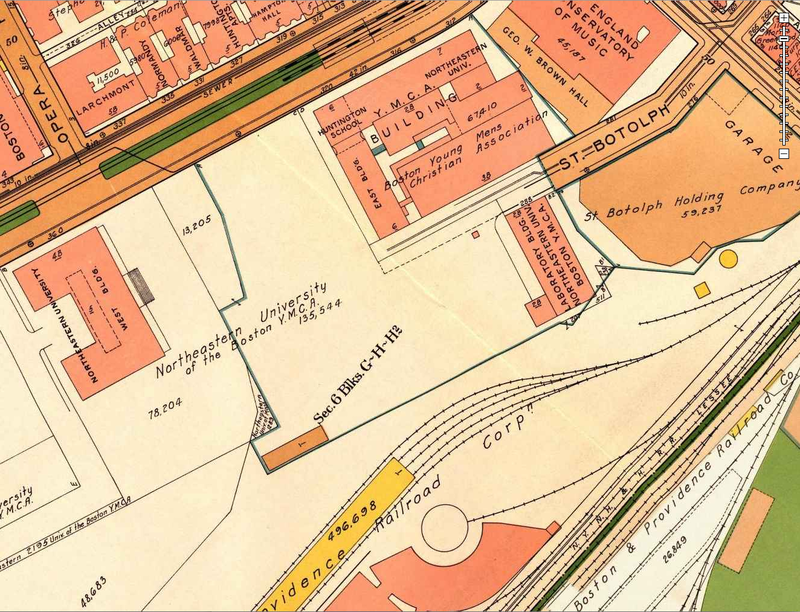 In recognition of the growth of the academic programs, Northeastern College was incorporated in 1916. Six years later, by permission of the Massachusetts General Court, its name was changed to Northeastern University of the Boston Young Men's Christian Association.

So there you have it. Northeastern does occupy what used to be railroad yards on either side of the track. Buried under their campus and their parking lot is not one, but two historic major league baseball stadiums. One was the home of the 1903 World Series. The other was the home of the other Boston baseball team, the Braves. And the YMCA? I knew the YMCA was right there. I never knew that the YMCA is the reason that Northeastern is right next to the YMCA! And I learned all this by wandering around some old maps.