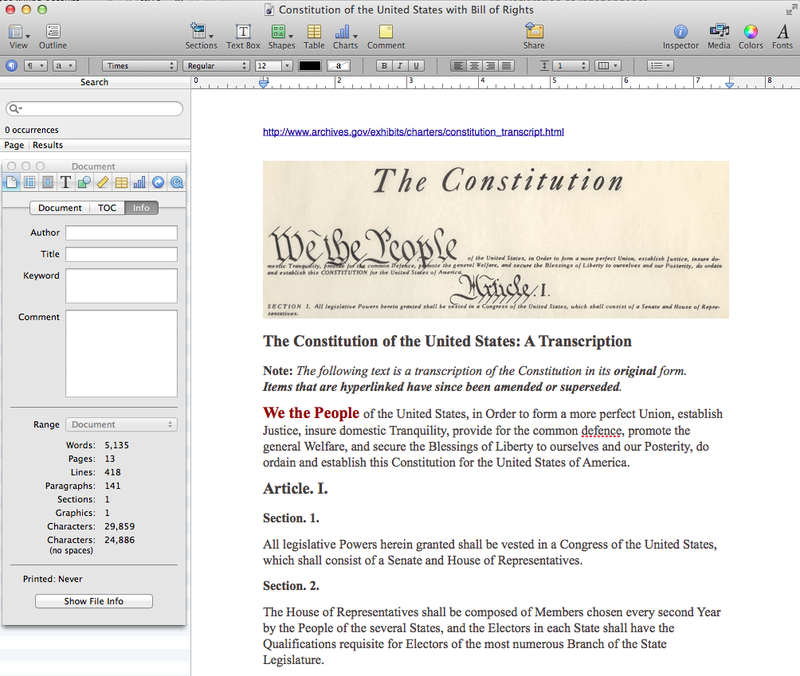 I've been thinking about the power of social networks. About how Twitter has become a tool to fight tyranny. About how Facebook has linked people all around the world. And of course, I love American history.

And then it hit me. The Constitution defines a social network! Hmmm. How many lines of code is it? I figured six thousand. It was 418 lines when it was released. (with Bill of Rights) And that's when using a 13 point font!

The Declaration of Independence was the original statement of intent. The first press release for the first social network. It was 113 lines long. It took 11 years from that declaration, and one war of independence, to deliver Release 1.0 in 1787. We put Release 1.0.27 into production in 1992 when the 27th amendment was ratified. And that brings us to the full 611 lines of code that we're running today.

PDF of the Constitution of the United States with Bill of Rights:

Download Constitution_of_the_United_Sta.pdf
Constitution of the United States with Bill of Rights is 418 lines long. 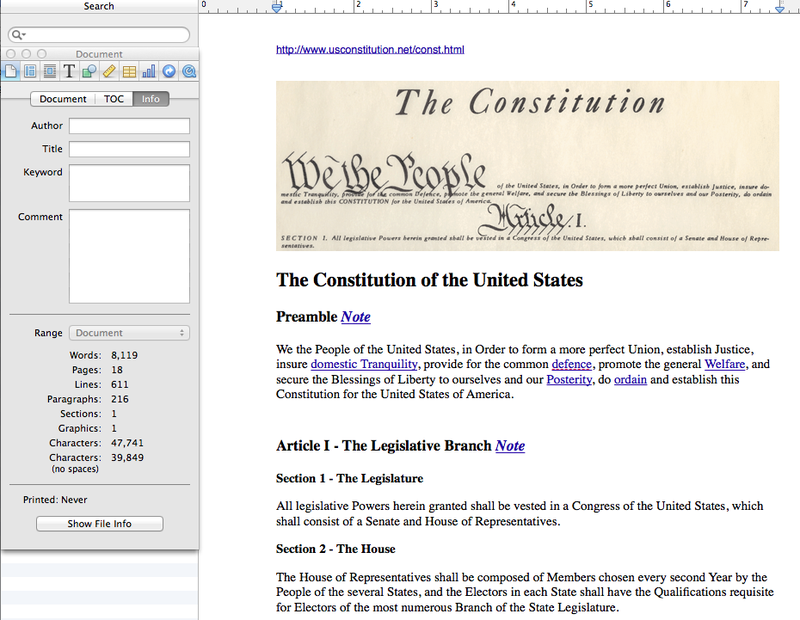 The Constitution with Amendments is 611 lines.

PDF of the Constitution with Ammendments: 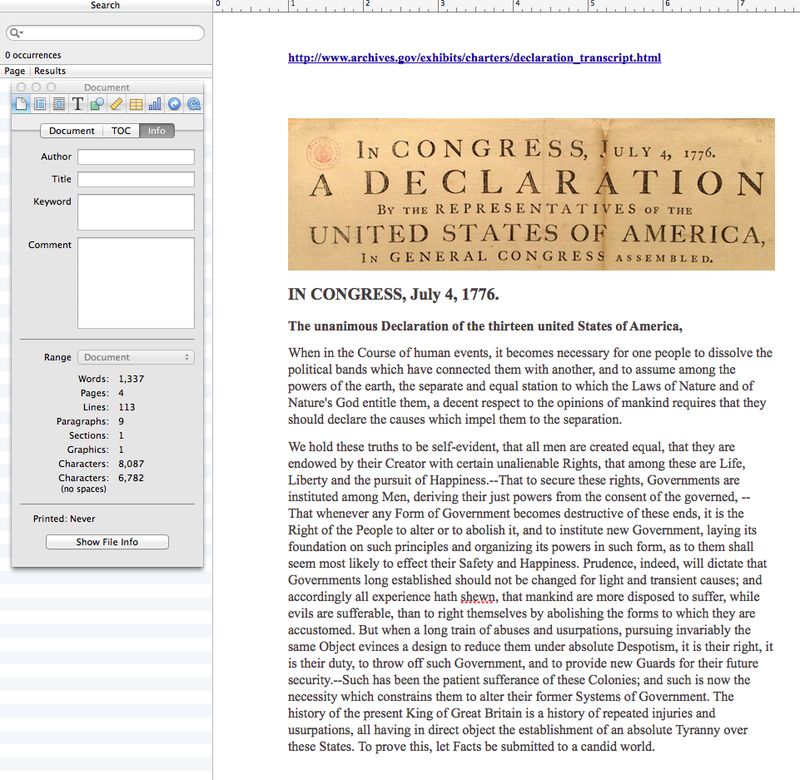 The Declaration of Independence - 113 lines

PDF of the Declaration of Independence: